He has had enough! I was simply waiting for it. Batman has been locked up for five days now, he is allowed to walk outside the box and into a super-tiny paddock, but that does not give him a lot of movement (which is the entire point). And today, he had enough … I managed to walk with him inside the arena for almost ten minutes before he bolted :P

You can try to imagine how difficult it is to handle a 700 kg Friesian who simply explodes with energy. He was literally cantering on the spot, trying to run off and made a hell of a spectacle. We had to leave the arena, and I’m again so extremely grateful I have the opportunity to let him live in a herd 24/7! Because Batman inside a box and tiny paddock does NOT work … Well, it does, until you lead him out of the box, haha. Please last a few more days, Batman! He also got a massage to mobilize his pelvis a bit and he knows very well that it makes him feel better, he seemed grateful.

His body is also very stiff, and he does not look very harmonic when he is standing there hoping he can pull himself loose, he was literally hanging in that rope :P It will be a process to get him back on track again, his entire body is a mess, but I have the best team around me ❤

The amazing Dan Guerrera is getting his hooves back on track, and if you live in Norway and find yourself in need for a GREAT barefoot trimmer, I highly recommend him. Check out www.barehoof.com! 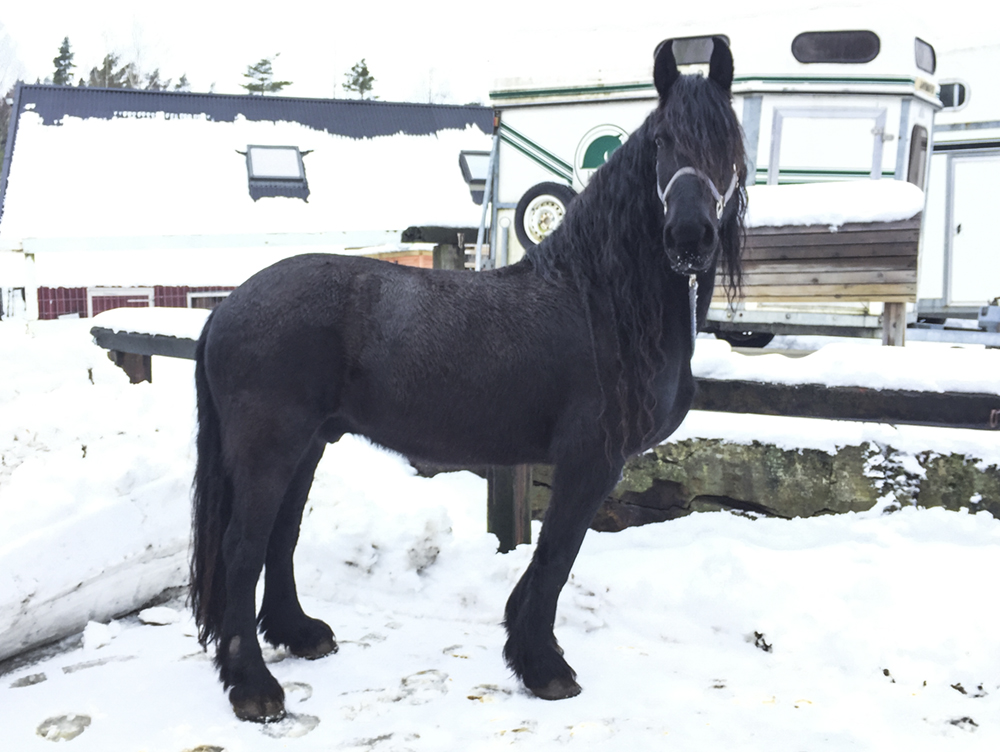 I receive a couple of questions about Batman’s amazing everyday bridle! The neckpiece is a Desmond O’Brien-bridle, and the sidepull is handmade by the amazingly talented Ronja Overgaard. I don’t have a perfect browband for it yet, but I guess I will figure it out.

I’m so in love with this style, and want something unique when I’m looking for new tack, both when it comes to bridles, cordeos, breast collars, and other saddle accessories!

The last year, I have mainly ridden Batman bitless, and it works out perfectly. My goal now is to collect more bitless alternatives that looks as amazing as his sidepull! I LOVE horse-tack and think I finally have found the perfect style for Batman ❤ It suits him well, don’t you think? 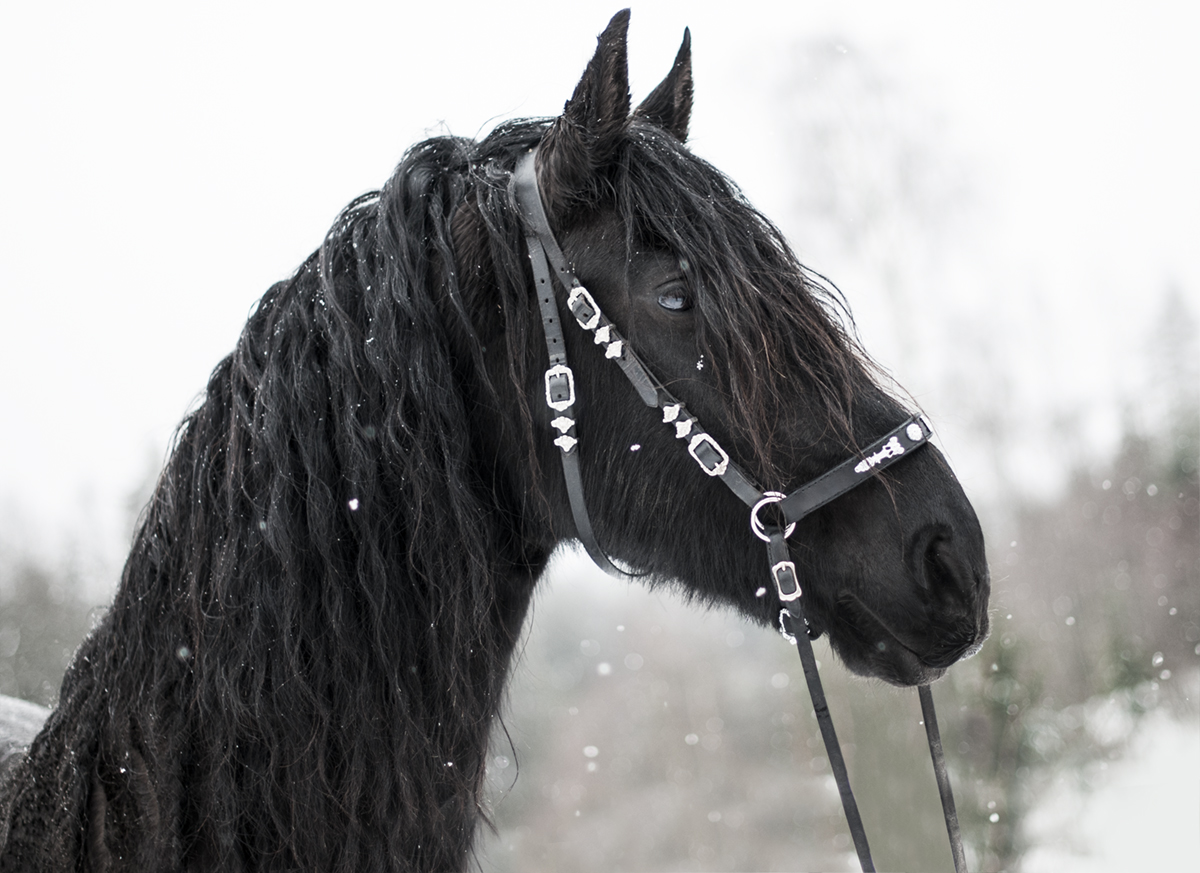 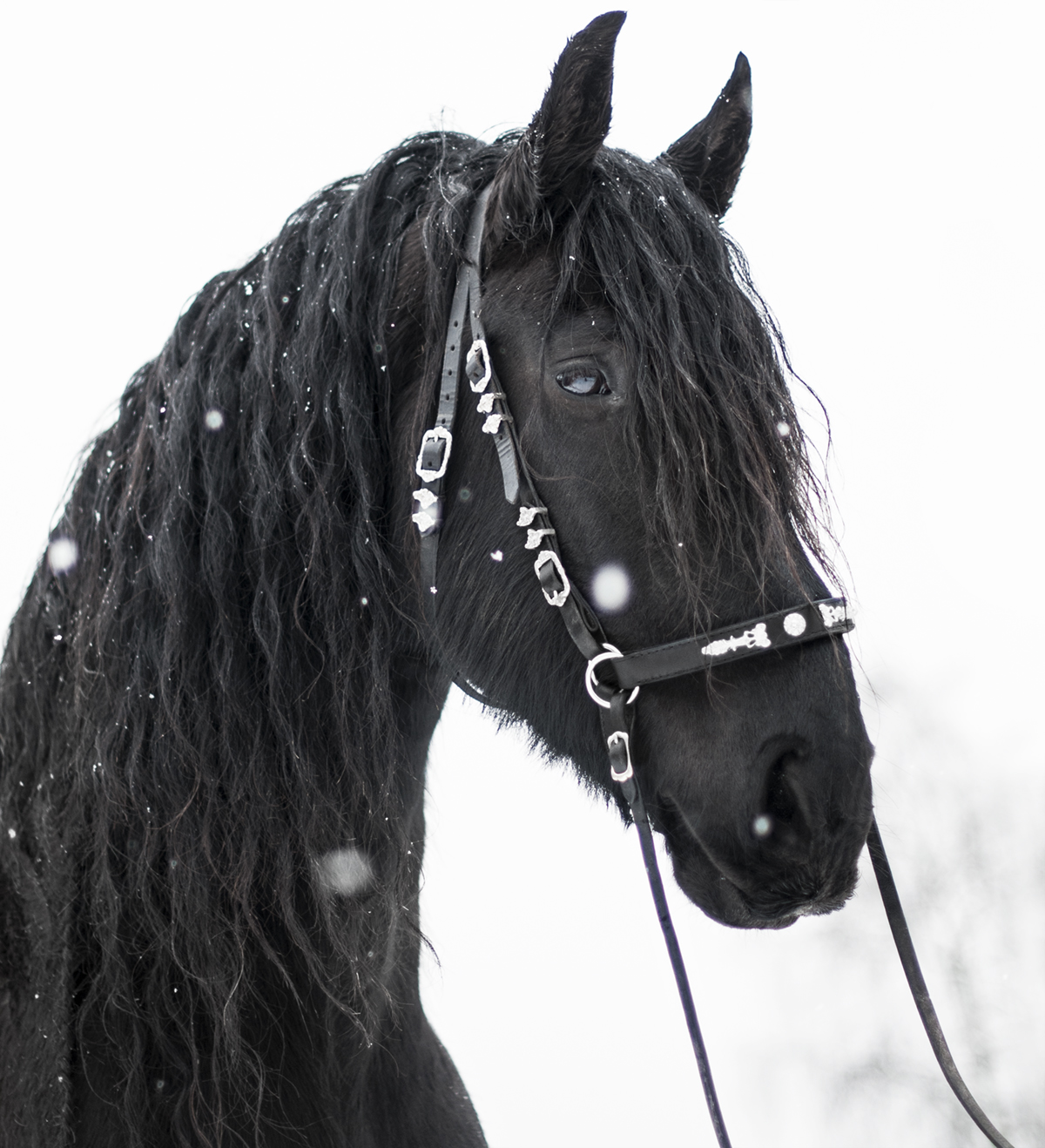 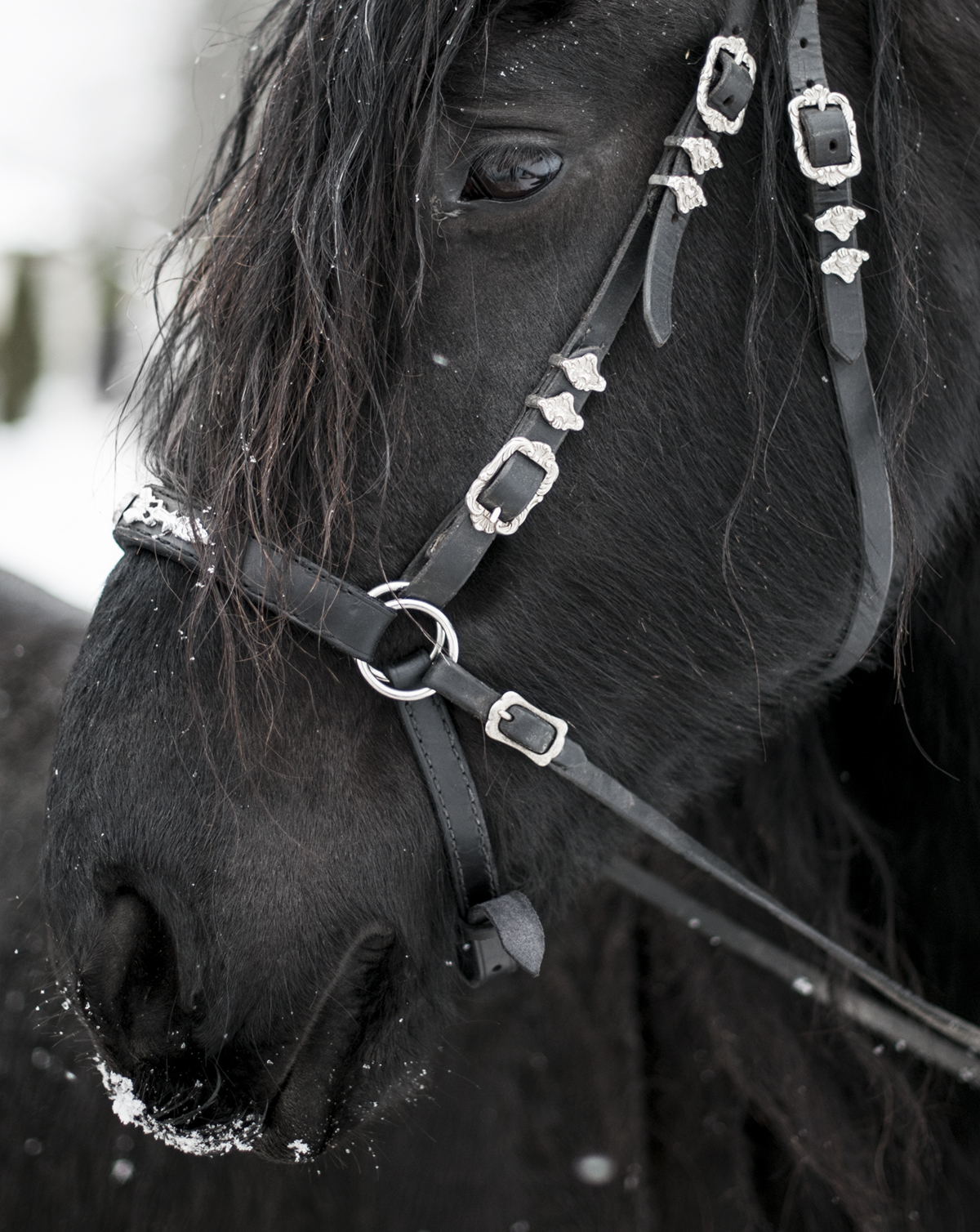 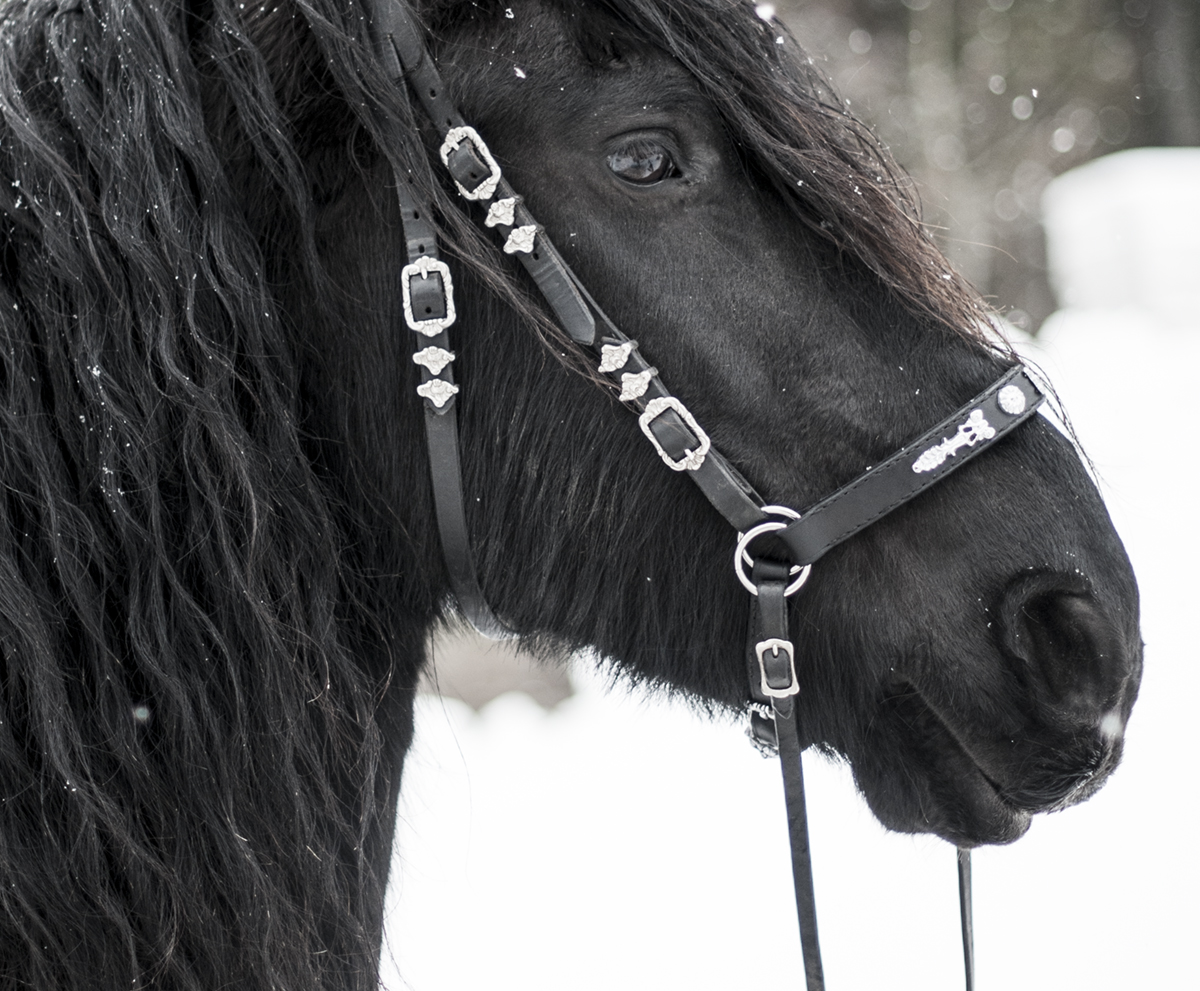 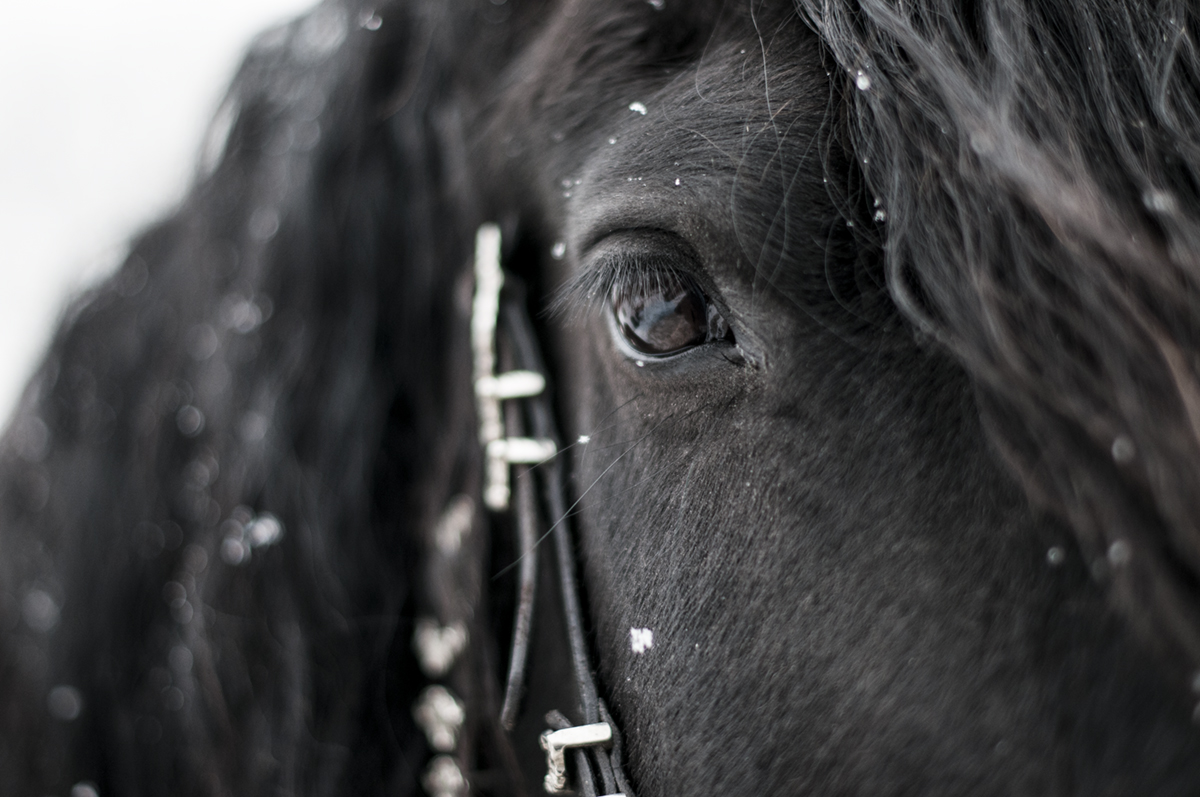 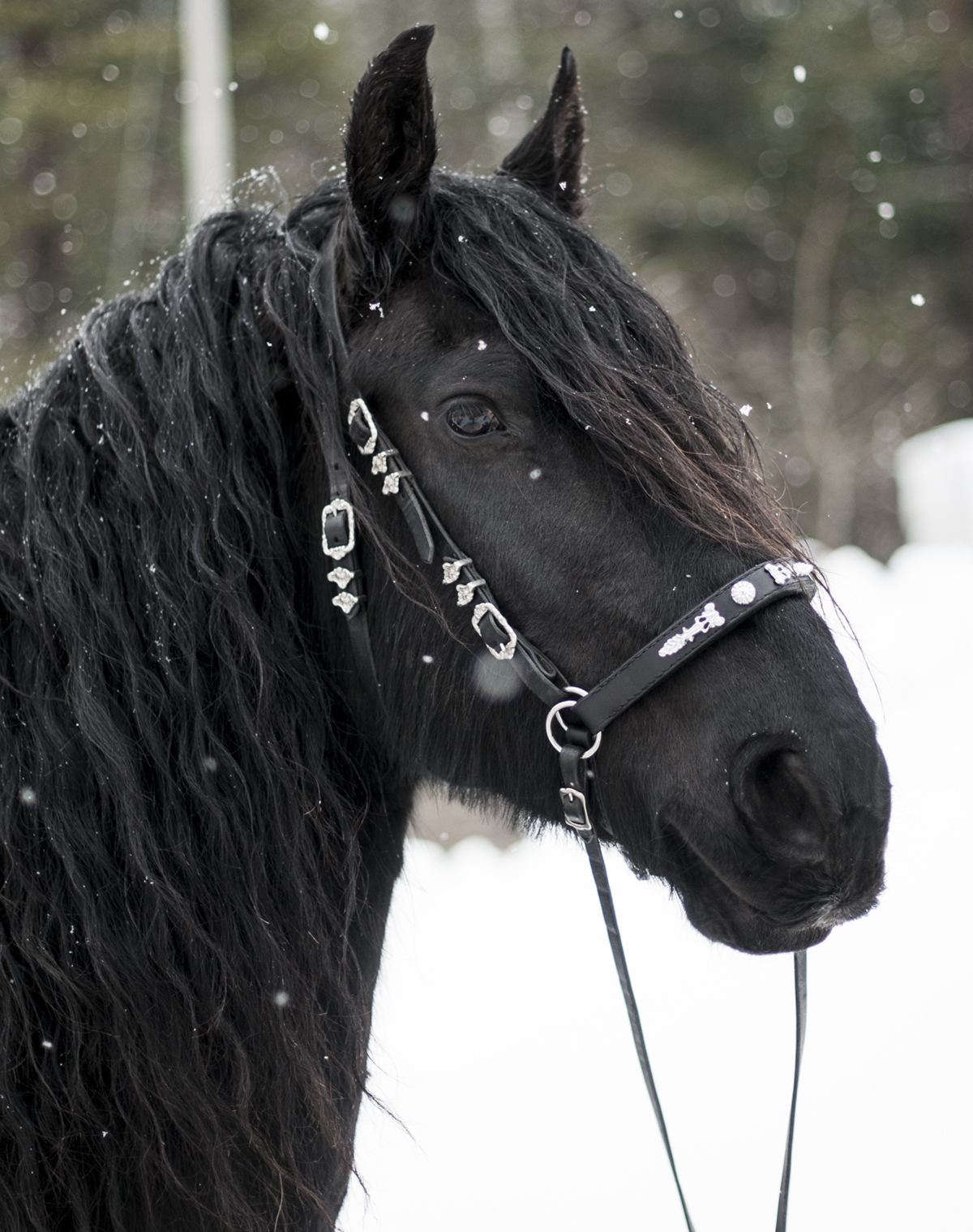 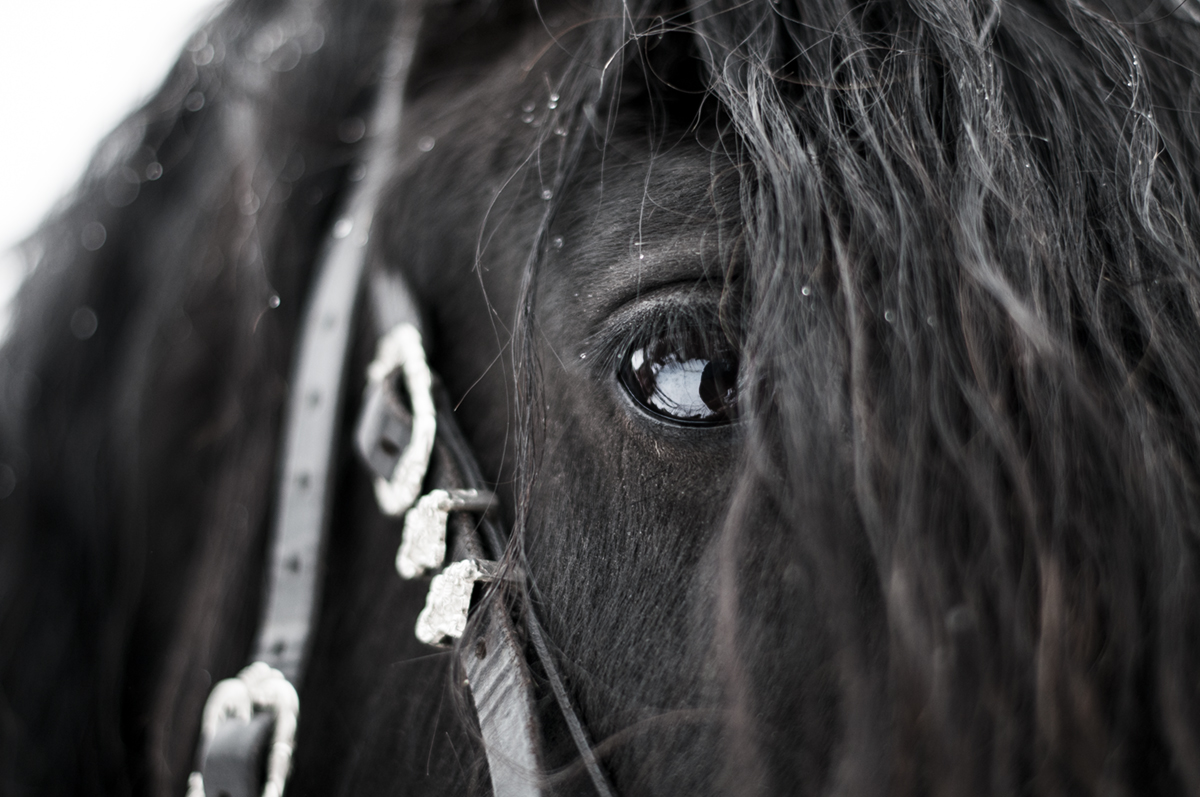 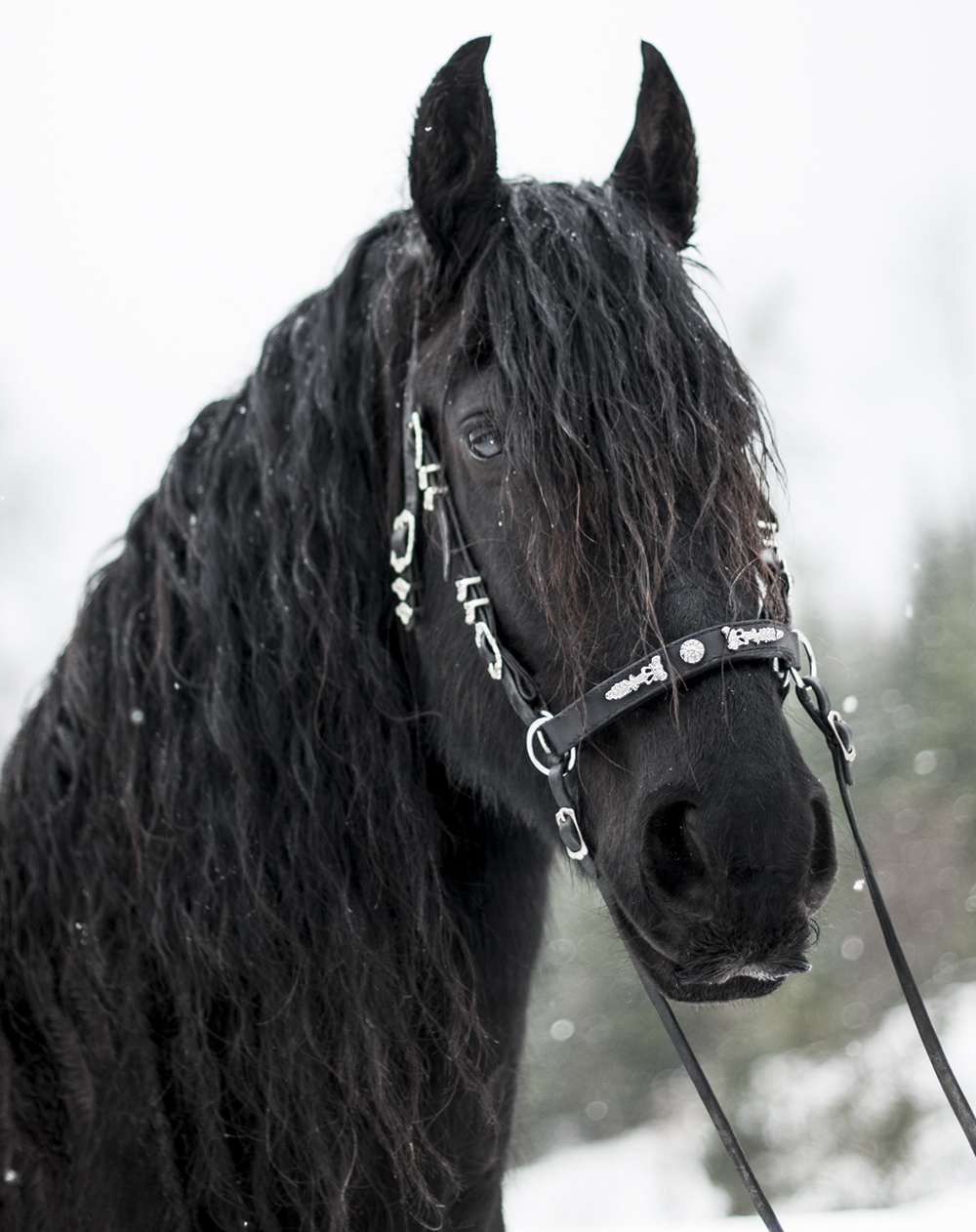 Finally, here are the answers from the Q&A with my boyfriend Daniel :D He did the best he could, and I think this turned out great!

Does Matilde let you do tricks with Batman? Like the lie down?
She does! I have done tricks with Batman a couple of times, last time we did some liberty work in canter and trot, and tricks such as jambette and lie down.

Did you like Batman at first or were you afraid of him?
I have always liked Batman, but he is huge, so I had some respect for him in the beginning. The second time I met him, he stepped on my foot and I could barely walk the next week. My foot turned BLUE. So yeah, I guess it’s legit to have some respect for Batman.

Does it ever bother you that you are always going to be the number two man in her life?
We just talked about that haha, you get used to it after a while … But Batman is always number one and I can relate to your comment, yes.

So sporty of him to do this! Being a horse owner is more a lifestyle than a hobby, is this something you appreciate to take part in, or is it something you simply feel you must endure with? Have been together with an equestrian changed your opinion on equestrians, if so, in which way?
It depends. All the late evenings with Matilde gone and when she must spend the night there because a super busy veterinary without sleep schedule … That’s not my favorite part of it! But when I’m with her at the stable, I’m always having a good time, and I LOVE going for rides with her and Batman on a borrowed horse! I’m also very happy Matilde have found so much joy in horses, and I’m so grateful for Batman giving her happiness. I do have a couple of hobbies myself, I’m interested in cars and IT, and know how it feels being so passionate about something.

What was your first thought when you met Matilde for the first time?
Wow. Uuhm. Hard question! I was surprised actually, because she was waaay more outgoing than I expected! I was picking her up with my car, and was on my way out of the car to introduce myself and being a gentleman and everything, but I was too slow – she was already inside my car, hahah! And when she sat there, she thought it was a perfect moment to introduce herself: after eight hours of Skyping :P Matilde loves shaking hands. The first thing I noticed was her personality, she is very fun to spend time with, and we were a great match with many things in common! The first thing we did together was eating vegetarian pizza while watching a Top Gear special.

Are you vegetarian too?
No, I’m not. But I’m eating tons of vegetarian food because of Matilde and she has never made one single vegetarian meal that I did not like! I have become way more educated about vegetarian food and all the alternatives to meat, and I also quit drinking milk a year ago; we only have plant milk and plant yoghurt in the apartment and I love that.

My favorite thing about Batman is that he makes Matilde very happy. 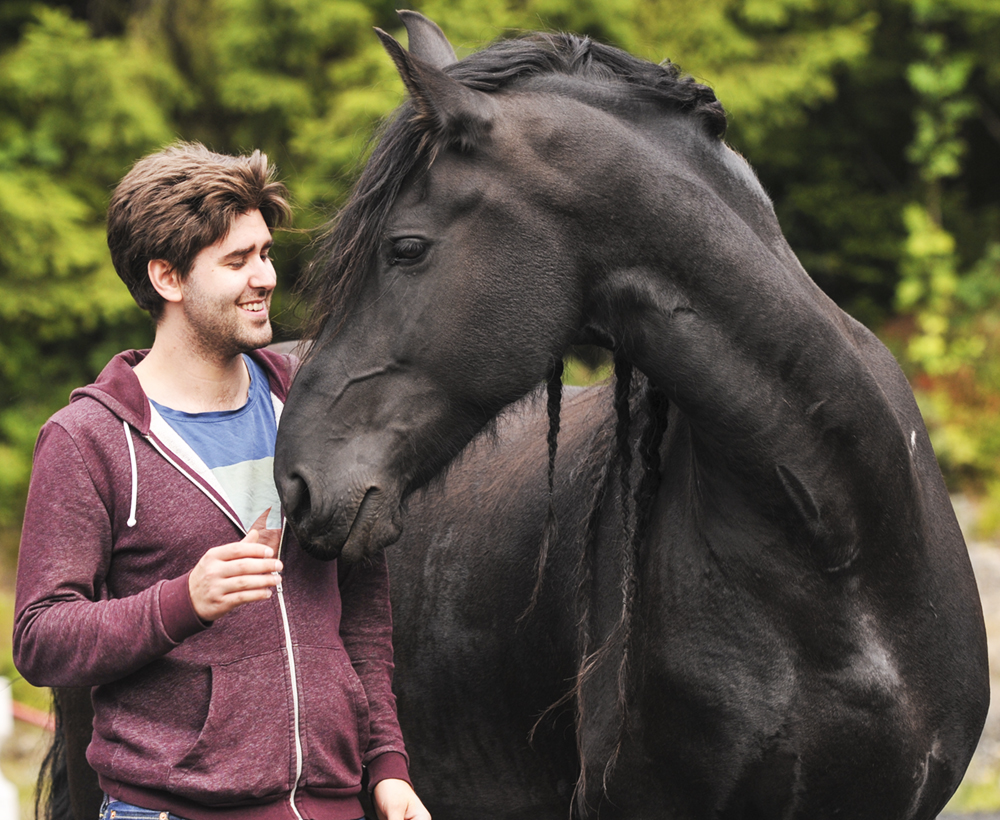 How is it to live together with an equestrian?
Busy! It’s not often you get to spend time with your girlfriend, that’s the reason why it took us so long to get these answers, because we finally had 30 minutes together hahah! Unpredictable, suddenly is Batman sick or injured again, move nights cancelled, no trip to the cabin this weekend either, we must leave earlier, Matilde have to get up by 06 AM because of the horse … You become very impulsive when you are living with an equestrian girl. You simply have to relax and go with the flow, and get up early to spend the weekend mornings with your girlfriend, because before you even notice, she’s on her way out the door heading for the stable.

What’s your profession?
I’m working with IT, I’m an ICT Manager at a middle school.

What are you mostly doing when you are spending time together?
Literally, we spend most of our time together asleep :P

Favorite movie?
I don’t have one, I have many. I like most comedies! :D Because I’m quite a funny guy.

What was your first thought when you met Batman for the first time?
“What a huge animal!” I was not used to horses on his size, but I also thought “we are going to be buddies in the future”, and better get started on spoiling him with carrots! I knew I would be stuck with Matilde for some time haha..

Do you like the series Matilde watches as well? For example Game of Thrones?
Game of Thrones is not my thing, she loves everything medieval. I prefer more modern shows, but we watch Big Bang Theory together! We are basically together because of George RR Martin, so I had to watch a few episodes of Game of Thrones with her and comfort her every fucking time her favorite characters dies. She usually cries for three hours straight. I’m a Game of Thrones-fan-comforting professional! I could add that to my CV. Our entire apartment says “You know nothing, Jon Snow” and we have a couple of swords around here.

That’s it for today folks! Hugs from Daniel, Batman & Matilde ❤ 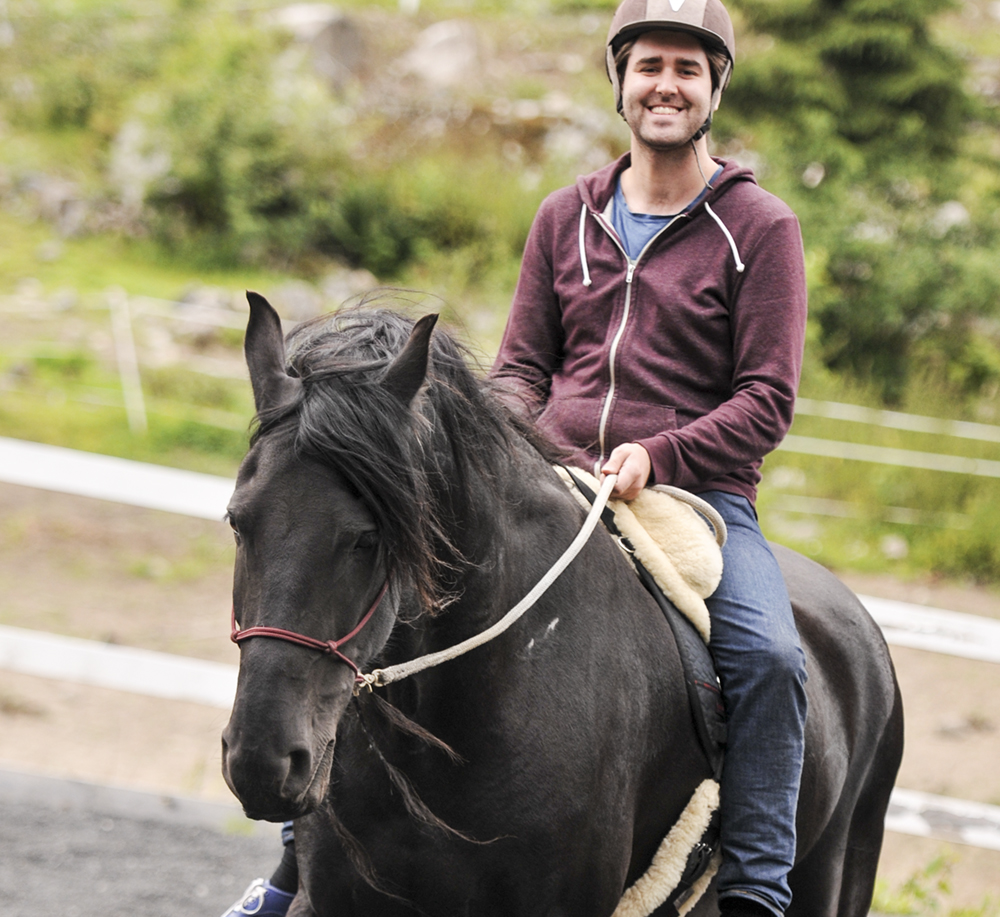 Black is the new black. Batman is now in prison. The vet treated his joints today, we discovered the lameness in the left hind leg a week ago, and he will need a couple of weeks with rest after the treatment. We are hoping it will work and that he will be sound again soon!

There are many reasons why I keep Batman on turnout 24/7, one of them is the fact that he hates being locked up. The other reason is that I don’t think a small cage is a perfect place for keeping a huge herd animal. But that’s a whole different story. Anyways, this will be an interesting week … When I led him into the box he was literally trotting in circles, how is it even possible to trot on 3×3 meters? Unbelievable. When I left, he was neighing after me ten times and gave me the “what the fuck, Matilde, are you seriously going to leave me alone here?”-look. I think this is even more stressful to me than to him. I feel so bad for him! I hope he knows it is for his own good and that he will be out playing with his herd soon!

In the evening he had calmed down, and I hope he will stay that way! 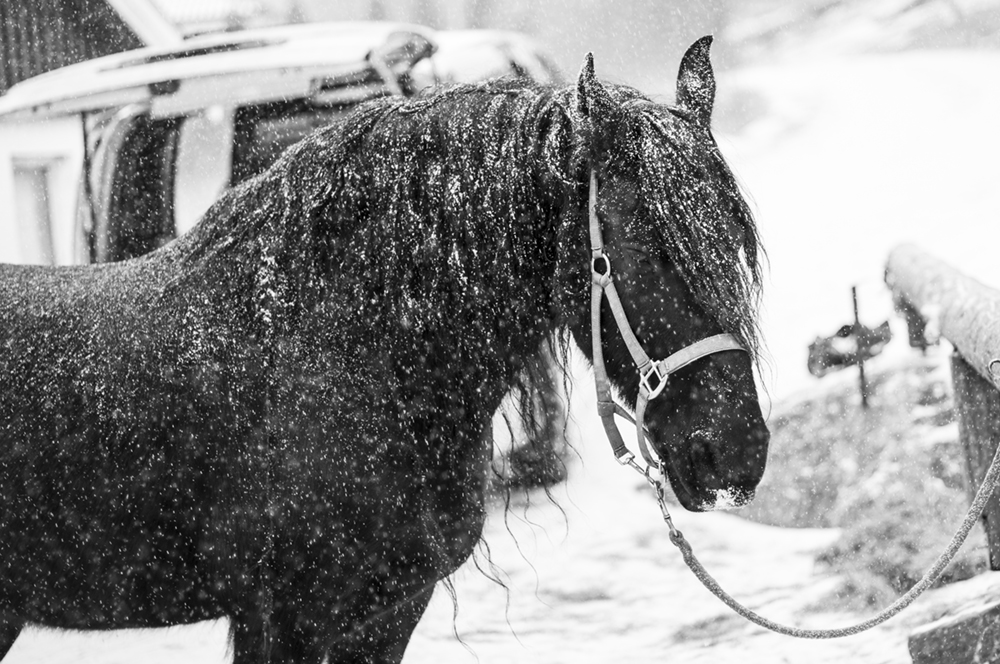 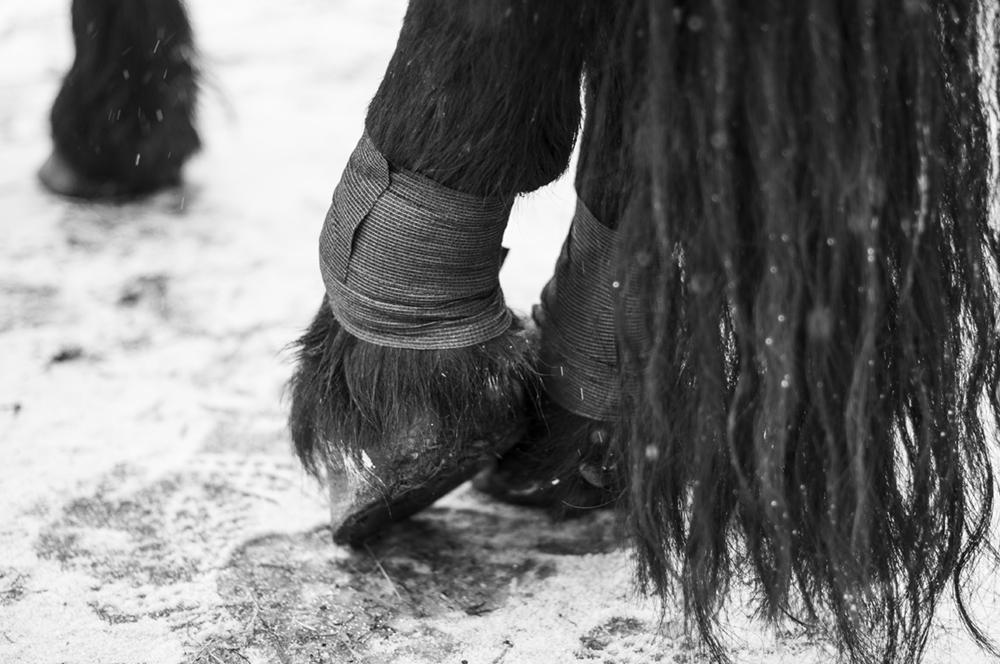 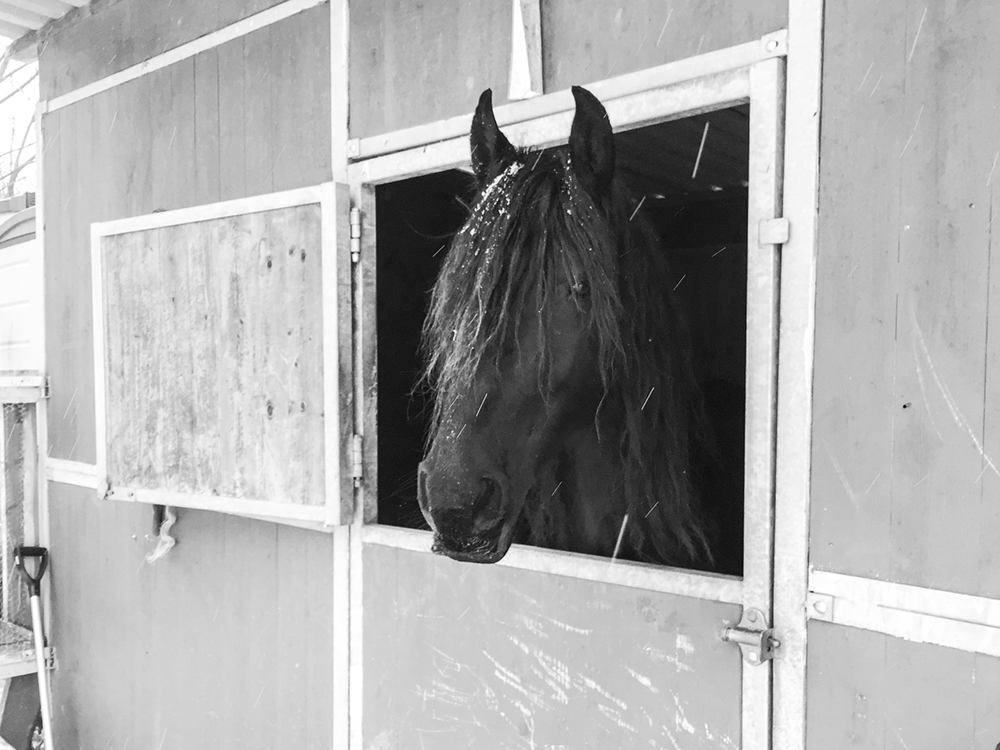