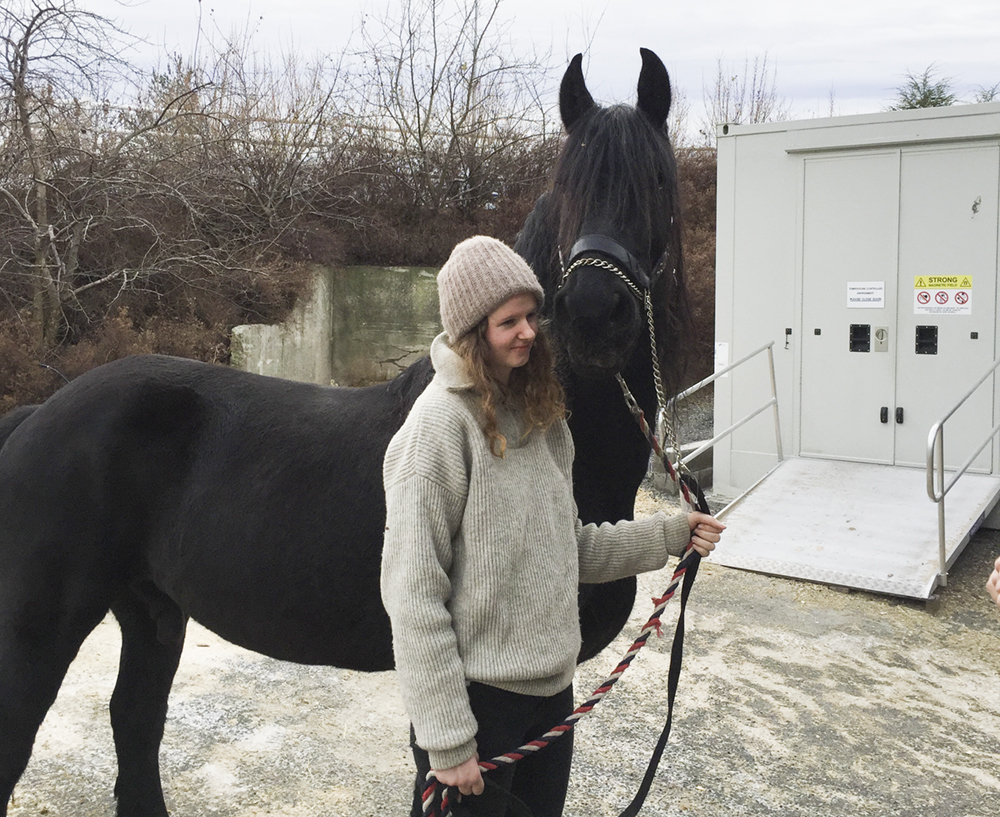 First of all, thank you so much for all your kind messages and prayers today. I did not feel alone when I stood by Batman’s side today thanks to you guys. I’m forever grateful for your support. This is not a topic I find it easy to write about.

Today we went back to the animal hospital with Batman, eight months after our first visit. I have been nervous about this day since we left last time, because we were going to measure the development. See how fast it progresses, whatever it is that is causing Batman’s problems.

We started with a general health check and a quick status, and as you know, Batman has been great this year. Against all odds, we had a great summer with no problems at all. He has been happy, only lame once and that was because of some pelvis issues, and in general, in good health. I walked with him back and forth in both walk and trot and the vet had a quick look at his movement. He seemed fine in both gaits, thankfully. 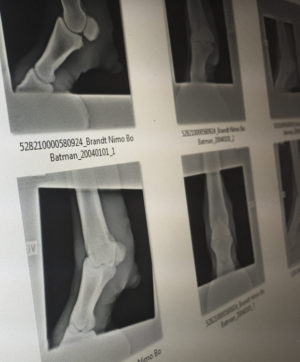 Next step was a scary thing called x-ray. They reveal the angle of the joints. Last time I was in that room, it was the worst day of my life. I could barely stand on my own legs when I understood that they had found something abnormal. Afterwards I felt like a ghost for weeks. I never got rid of that feeling. It was so painful.

This time we did the x-rays it without sedating Batman. We have never x-rayed him without drugs before, and I had something to focus on. To keep him stand completely still! Instead of drugs, we used carrots, and it worked out fine. Even when horses was moving outside the door, he stood still like a hero. The Chief of Carrots-task kept my mind off the x-rays itself, and suddenly, they were done … I got the results and they showed barely any change at all since last time. THANK GOD. This was exactly what I was hoping for.

This means that for now, he is stable, and the problem is more likely to be local, and not caused by something worse, for example DSLD/ESPA, which we are also testing for. It is likely that he has a pair of abnormal looking hind legs, and no, it is not optimal, but it could be a thousand times worse! DSLD/ESPA is a generative, systemic and deadly disease, and the most common symptom is dropped fetlocks, just like Batman’s. Therefore, we had to test for this too, but with so little progression after 8 years in training, and still no severe pain, problems with walking or positive ultrasound-results, it seems more likely to be a local problem. But you can only imagine my fear, having this in my head 24/7. ESPA is the worst diagnose ever. He is still suffering from dropped fetlocks, but it is local.

We will check him again in the spring, we can of course not be 100% sure, but this is definitely a step in the right direction. So far, it looks like we gets the best outcome possible. He will never “get well”, but he can be stable, happy and live a great life by my side. I’m relieved and happy, he is a warrior, and he is NOT done yet! 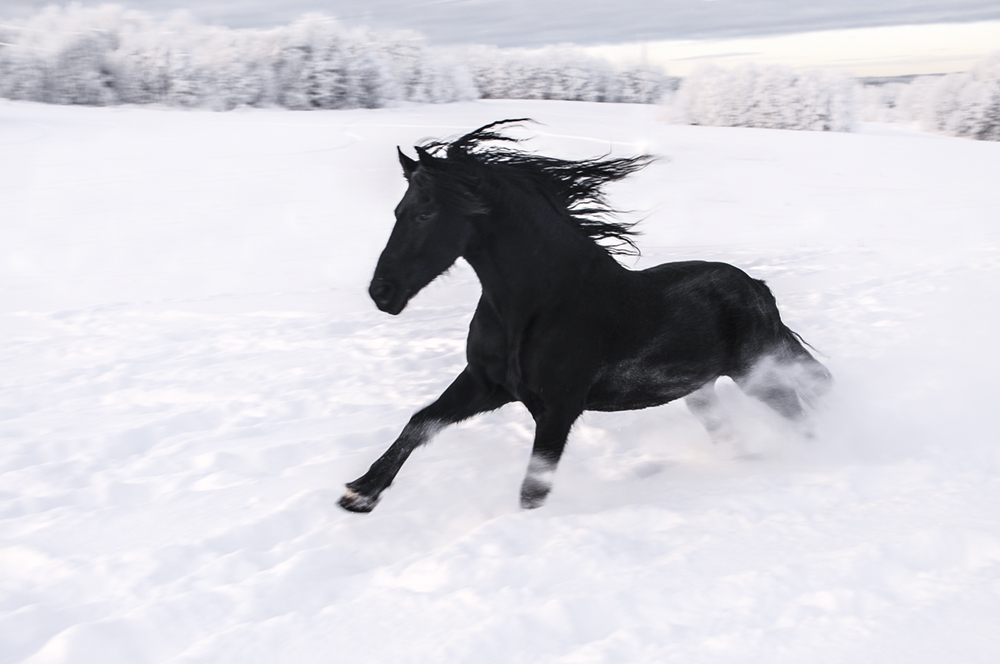 Your lovely warrior, Batman, is truly a special horse. I can feel what a close bond you share together. It’s always nice to hear good news after going through a worrying day with our beloved horses. I’m glad you can both move forwards happily and all is stable. Very best wishes. I’m very glad to have stumbled across your blog and your adventures with Batman. Xx

Hey I am a human massage therapist and horse woman and am having great results w both human and animal clients w Magna Wave therapy u might look into it for ur horse if u have a local practitioner. Best wishes to u and Batman

Why do you have a chain over his nose?

REPLY FROM MATILDE: Safety reasons. The first time we visited this clinic, he got super scared outside and ran off. Absolutely not an optimal sitation in the middle of Oslo! It was a nightmare to see him run away in gallop, so I have two leading ropes on him, one normal, and one with a chain just in case. There is a lot of trotters running around the clinic and he got terrifed the first time he saw one… I will rather have a chain than a loose horse. :)

Good to read and good that he is stabile Glad for you both ‼️ Hugs and positive thoughts, Michelle

To be 100% honest with you, although Batman isn’t my horse, I still was dreading reading this blog post! As I began reading your blog out loud (my 2 year old son adores Batman & literally walks around holding my phone and going through all your pics) I felt like I was having a horrible anxiety attack! To read that he is stable and hopefully pain free, was a huge relief for me and my son! I tell my little boy whose name is Chace, that Batman has some boo boos & each time he asks about Batmans boo boo I actually see fear and sadness in my boys face. I wish I could just tell you everything will be ok but I wont be one of those people who just tell you what they think you want to hear. I truly hope that his prognosis doesn’t get any worse. I want you to know that there is a little boy from Northern USA who always is admiring your boy, who is always saying in his adorable little 2 year old voice “love Batman no more Boo boos for Batman” and every day when he takes my phone to look at pictures of Batman, he goes and gives Bat kisses through my phone screen! Up here close to where we live theres a state named Vermont, in Vermont there happens to be the most beautiful place on earth….its called Friesians of Majesty! My finace took me there to ask me to marry him & since we had our boy we rent this adorable cottage that they have on their property. Literally every window in the cottage that you look out of theres Friesians all around! We just got back from spending a week there & they have one of the highest ranked breeding stallions in our country and his name is Othello! When Chace (my son) laid eyes on Othello for the first time he walked up to him and from outside his stall, had his daddy pick him up because he wanted to give Batman real kisses! Of course my fiance & I knew that, that horse was Othello not Batman but my son didnt and what happened next brought so many tears to my eyes….Chace whispered to Othello “you have a good mommy like me and shes going to fix your boo boos”! When you feel so overwhelmed you feel it can choke you, please think of the little boy who lives a world away from you, who kisses Batman night night every night and went up to the most beautiful Friesian he could find to tell him that his mommy is going to fix him! Back a few months when you came to New York we tried DMing you because NY is only 2 hours from us and Chace wanted to meet Batmans mommy so bad! He asked me to ask you to please give Batman a “huggie and kissey” From Chace!!!

Wheeee! So nice to hear good news :D
Wish You both a lot of happiness!

Very happy for you both! :)