Professor Matilde and 30 240 minutes of waiting

I know you all want to know what is happening with Batman, and honestly, I don’t know for sure myself. The vets don’t know for sure yet. Nobody knows for sure. We need more tests, more vets, more experts, maybe from other countries and more time. We will drive Batman back to the clinic in a couple of weeks (only 21 600 minutes left of waiting!) and have another veterinarian look at him. The same day as the GoT premiere, acutally. If HBO burns Jon Snow and the vet appointment goes bad, I will move to a castle in Scotland and live happiliy ever after with Batman in my garden. End of story.

We think we know what his diagnosis is, but until we are sure, I don’t know if it is the best idea to tell the world because we can’t tell based on the info we have yet. And because I feel insecure about it, I keep it to myself right now. If we had the final answer last Monday, I would of course have kept you updated. The reason I never came back to you with a diagnosis, is because we don’t have one yet.

At this point we are doing everything we can for Batman. He will get the best treatment available in this solar system, believe me, he will. I’m just hoping that will be enough. At the moment there is not much to do except from going crazy on Google waiting for our next appointment at the clinic, and praying to the Flying Spaghetti Monster for a miracle.

In the meantime, I’m trying to live as normal as possible. Giving up will not help a thing. Batman should not move much, so I’m just walking a bit with him at liberty, using R+ to let his brain solve some tasks. Almost as we usually train – expect from cantering, trotting, rearing, spanish walk, riding, collection and all other dressage exercises in general … Well, yeah. At least I’m getting creative over here! Batman, would you like to learn latin or something? I don’t think you need legs for that.

When life give you lemons, throw them back. (Really, really hard) 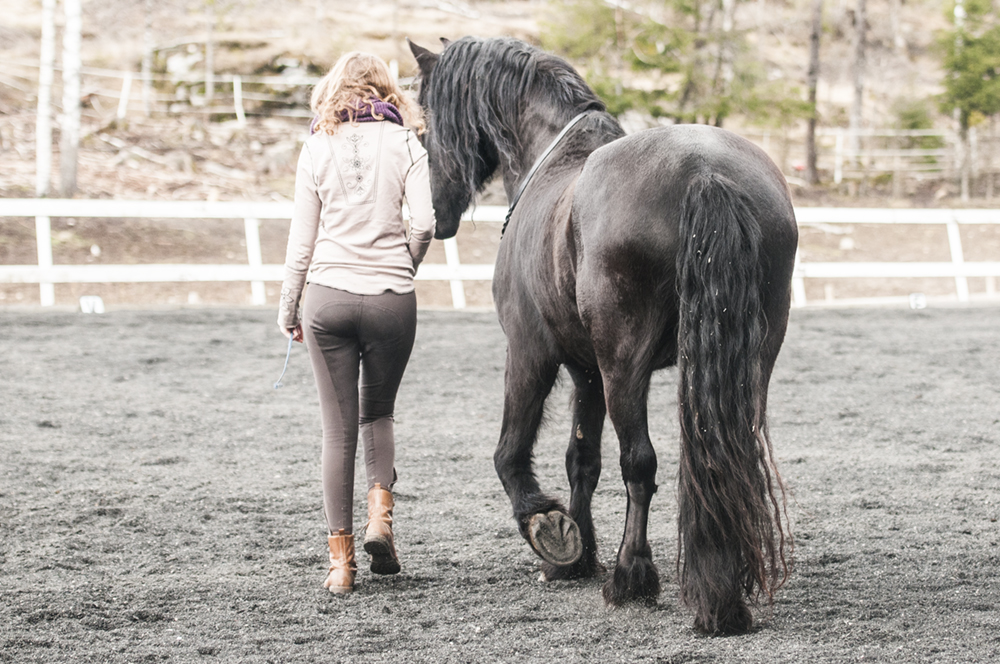 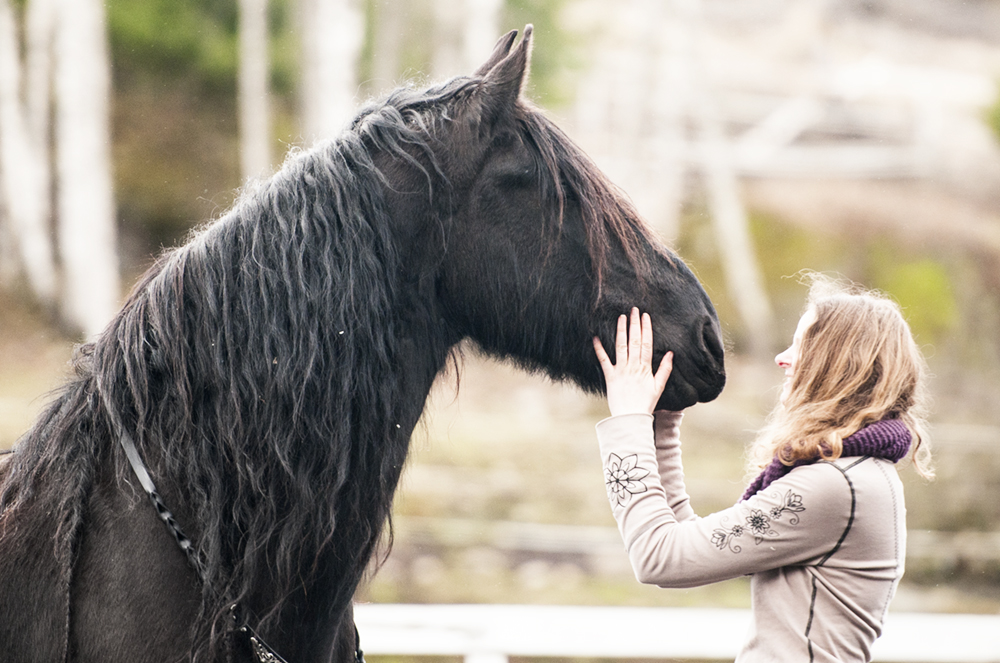 Up in the clouds

I cannot imagine how you must feel worrying over Batman’s health. We’ll all hope for the best for both of you.

One of the worst thing in life is to see your best friend in pain I hope everything is going to be okay… You two deserve it so much.. It breaks my heart stay trong you both

It’s been a long cold winter for you. I hope as the sun warms and it’s rays kiss the back of your beloved horse, that it’s healing light works it’s magic and restores Batman’s health. Keep the faith, God bless.

maybe Batman would like a stall mirror to admire his gorgeous self! they could ship form UK I think, might make the minutes go more pleasantly!

You must be having a really Hard time, i cant even imagine it! I really hope Batman gets better as fast as possible and even if he doesn’t I’m sure you can make the best of what you have since having a horse isnt all about just riding and you already do allot from the ground! Best wishes!

I know how you feel. On Christmas 2014 I lost my friesian girl. We have been five years together and we were best friends. Vets were clueless, they couldn’t help her. Feeling so helpless was terrible. Everything was happening so fast and in one day she was gone.
Last week I celebrated her birthday. Without her. It still hurts so much.

But I believe Batman will be okey! Just be positive and stay strong. I keep thinking of both of you..

So sorry to hear that Batman isnot well. What is his problem? Let me know. Love to you both. I am a physiotherapist and have plenty of experience with horse physiotherapy

I wrote you a private message on Instagram with an advise. Maybe it’s a little bit of help.