Home Blogg Trouble in paradise; The year of ups and downs
Blogg

Trouble in paradise; The year of ups and downs

What a year this has been! Wow. So many great moments, but also so many veterinary visits and darker days. 2015 has truly been a rollercoaster for us. Why does the world has to work that way?

Batman has been greater, stronger and more beautiful than ever, we have traveled a lot, had so many amazing journeys, photoshoots and moments together. Huge breakthroughs in the training – our relationship has been stronger as ever. I also started my blog as well, my Instagram became one of the most popular equestrian Instagram’s in the world, I signed with Alp-N-Rock, and so many other exciting things are happening! But there has been some trouble in our paradise for sure. Let’s take it all from the beginning …

It all started the day I found Batman lame in January. It did not seem very serious, but two days later he could barely walk and was in massive pain. My heart broke for him; it was so hard to see him suffer! I drove him to a clinic and we took x-ray of the entire leg, but found nothing. Painkillers for 14 days, and got better every day. The vet returned but he was still not 100% after 3 weeks of total rest. We then suspected something in his knee, and he got a shot of Hyaluronic Acid into the joint. I then started training again, and slowly, he felt fine. Thank God … After 6 years together without any lameness at all, it did not feel very good to go through that nightmare. I have never been as scared as I was during the x-rays! 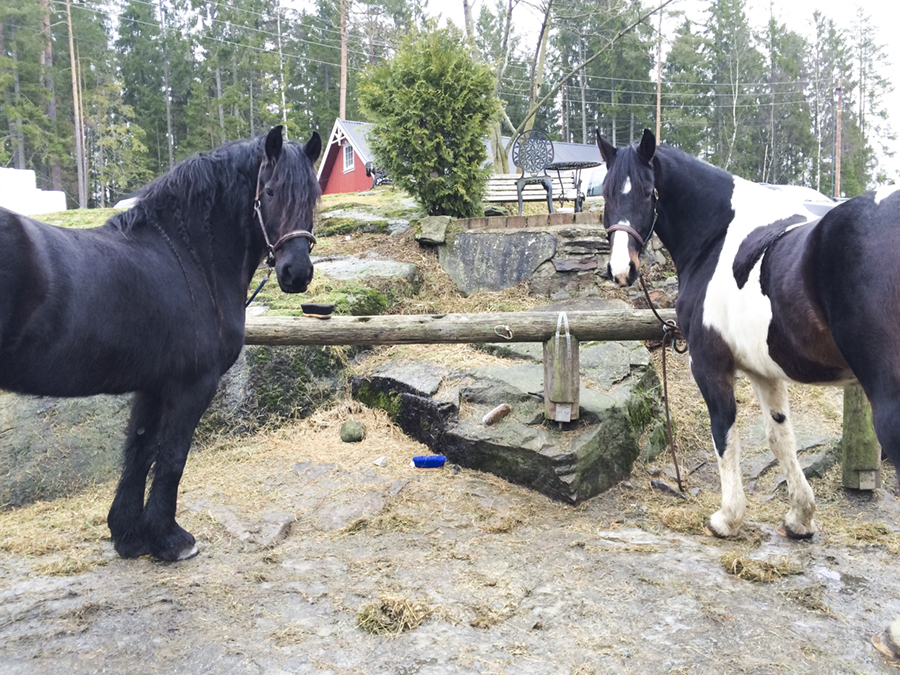 In March, we had bad luck again. Batman had to be treated for Chiroptes Equi for a couple of weeks, and also got his annually vaccine. And the vaccine gave him an allergic reaction! He got sick out of nowhere, and I rushed to the stable as fast as absolutely possible. He got fine soon, but damn, it was a scary phone call to receive! “Your horse is hyperventilating and doesn’t look very good”, ugh. 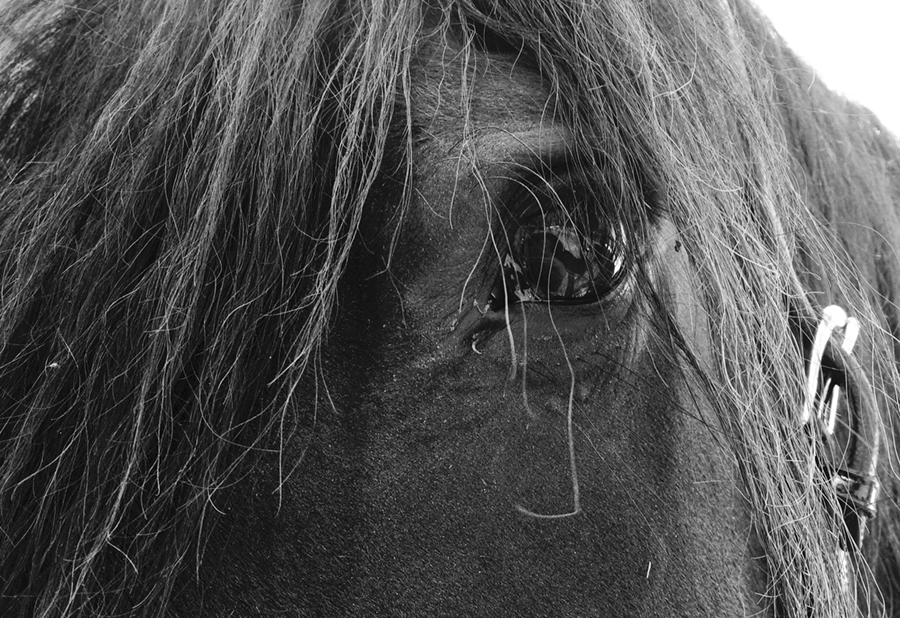 Later in March we took Batman to the chiropractor for a checkup after the lameness. He did not feel 100% in his body and we found out that it likely was a muscle injury he had suffered from, and now it had caused a hell of a lot of trouble in the rest of his body. His back, pelvis, neck AND teeth were affected, and he had to get treatment on a regular basis. 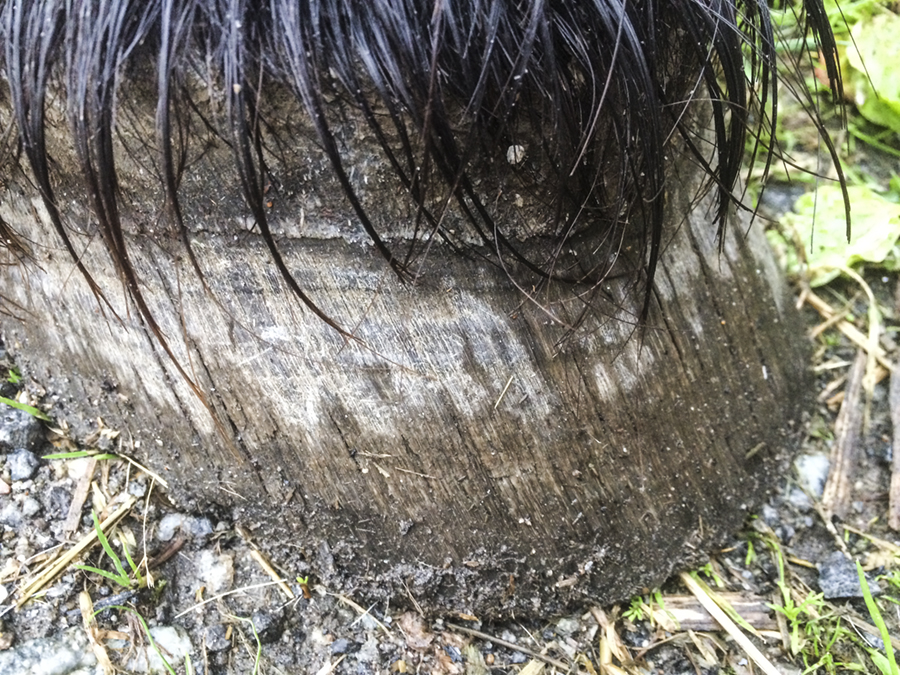 In April, we fixed his teeth, and we discovered that Batman had carious, and could never eat pelleted feed again ever, or normal pelleted horse candy. YAY … I soaked all his feed already so that wasn’t a problem, but to never give him treats was not that easy to hear. We are into positive reinforcement, and I use treats in all training! GARGH! So then I had to start cutting carrots every single day and pray to God that Batman would not get tired of the taste.

In June, we had bad luck again. Batman got hit by a tractor! Well done, Batman … He was hungry and on his way to the hay, but did not notice the tractor moving a big hay bale, and well, most superheroes can handle a tractor, right? But in the end, Batman is a horse, and got caught between the tractor and the hay feeder. That resulted in a 1 meter long scratch on his body, and he hit his pelvis again as well. It was a clean scratch and healed well, fortunately!

We continued to get his pelvis, back and teeth treated almost every month, because of the scar tissue from January’s accident caused problems. 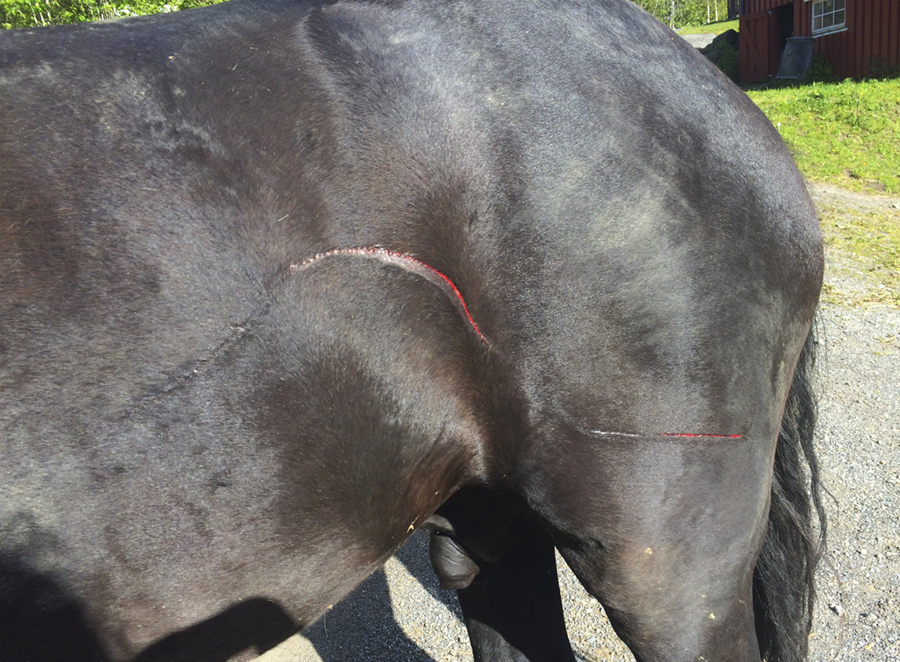 In October, all the horses at the stable got the cold. I measured Batman’s temperature every day, no fever, but lots of green mucus. We ran a few blood tests, and when the result came back we discovered an infection and lack of red blood cells. Why me … The vet recommended to test Batman for RAO, and at that point, I just felt that things could not get any worse!

Bad hooves, I hate it!

In November, Batman had his accident at the trailer, and we did an endoscopy, to try to find out what caused all the mucus, which had now turned white. During the endoscopy we discovered a lot of slime in his airways, and took a cell test of it. I haven’t gotten the result yet, but I hope it isn’t anything serious.

But, what doesn’t kill you only make you stronger. None of our problems are very serious; it’s just the huge amount of them who bothers me. But we came us though it all, closer than ever and 100 experiences richer. December – come at me! And 2016, you better be good to us. My wallet can literally not take this anymore haha! And in the end … If there are no ups and downs in life, you are dead! 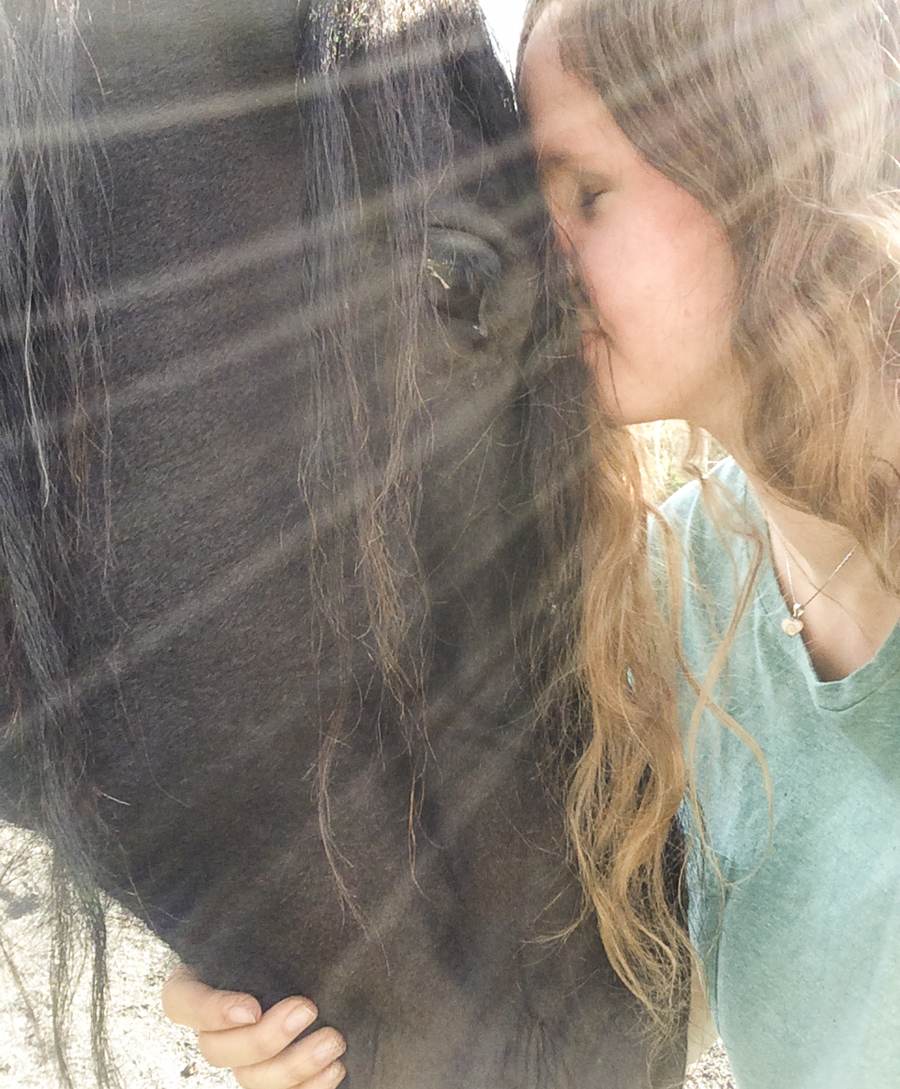 Have your horse ever been injured?

Trouble in paradise; The year of ups and downs was last modified: December 8th, 2015 by Matilde Brandt

Sing me a song of a lass that is gone

Crossing my fingers for the results of Batman his latest test! :)

My another horse broke his hoof, but when that healed we noticed that his feet was in terrible contidion so he had to been put down. And our new horse eats lots and lots of dirt and sand and god knows what.. But I hope he’ll stop that when actually winter will come.

Don’t say why me
say try me

Wow that’s a lot and I totally know where your coming from, from the stress of the expense to the total helpless feeling you get when your horse is hurt. I truly hope the test comes back good and next year will be amazing!
My one mare tends to come up lame for no apparent reason at all. The vet always tells me it’s an abscess so we soak, I get all heart broken at watching her painful walk. I started massage therapy with her and seems to be helping also the fact we have moved to a new barn with better ground. My other mare who will be 21 this coming may has always been top mare, usually really good we’ve never had any trouble with injury etc. Until I moved to the new barn. A couple months ago I went out to see her and I noticed a huge gash on her front leg also a tone of bit marks all over her. I had never seen this and was scared and frustrated all at the same time. Very overwhelming. I learned how to clean ( as I had no clue because it had never happened before) and care for it, put poultices on the bits and eventually it healed and now you can even see it. Turns out when we first got to the barn her feet were bad causing her to not stand up for herself anymore and now she’s lost her place as top mare and was getting picked on and kicked my other horses. Everyone has settled now and she’s worked her way back up, not too but close and she doesn’t get any more bites gashes. I’m grateful because I hated seeing her like that.

Crossing my fingers that batman gets well soon :)
My Remy had a really bad colic in October. He spent 5 days in hospital and we thought he might not make it. But fortunately he made it and is getting better every day :)
He had and still has back issues as well as a chronic cough. We pretty much bought him all broken so I learned to live with it and do all I can to keep him happy & as healthy as possible.

I went through all this in 2013 and I’m crossing my fingers that 2016 will be a good year for you and Batman!
In 2013 my horse got lame from one day to another. Six different vets couldn’t say what was the issue and Heiko (my horse) was lame for almost six month! The whole summer we couldn’t even go out for a walk!
In this time Heikos hooves got really bad and it took us a long time to get them strong again.
In November we slowly started working again and it was horrible to see in how bad condition Heiko was. After ten Minutes just walking he was so sweaty…
And then to cap it all Heiko got a difficult colic and nearly died!
Believe me, it’s not nice when the vet tells you you only got one chance left and if it doesn’t work he’ll have to put your horse to sleep!
I think that were the the most awful hours in my life…
I wish that you and Bat will keep well and fit the next years!
And sorry for mistakes, I’m not perfect in English. :D
– Alex

I hope he’ll be better soon! As for me: my horse is not like to be ever sound again. But because of this i changed my whole attitude. Even in the worst there is something good, though often hard to find.

Oh I think that was a hard year! We also had some trouble this year :( she kicked herself in her leg so she was lame for 3 weeks – no training. Then we finally started training again and after 1 week of training exactly the same happened. So again 3 weeks of lameness. 2 weeks of training again and the same happened… So she had a really lazy summer with more than 2 months of lameness. I did not know where this had come from but fortunately nothing happend for 4 months now! It was a hard first year with her