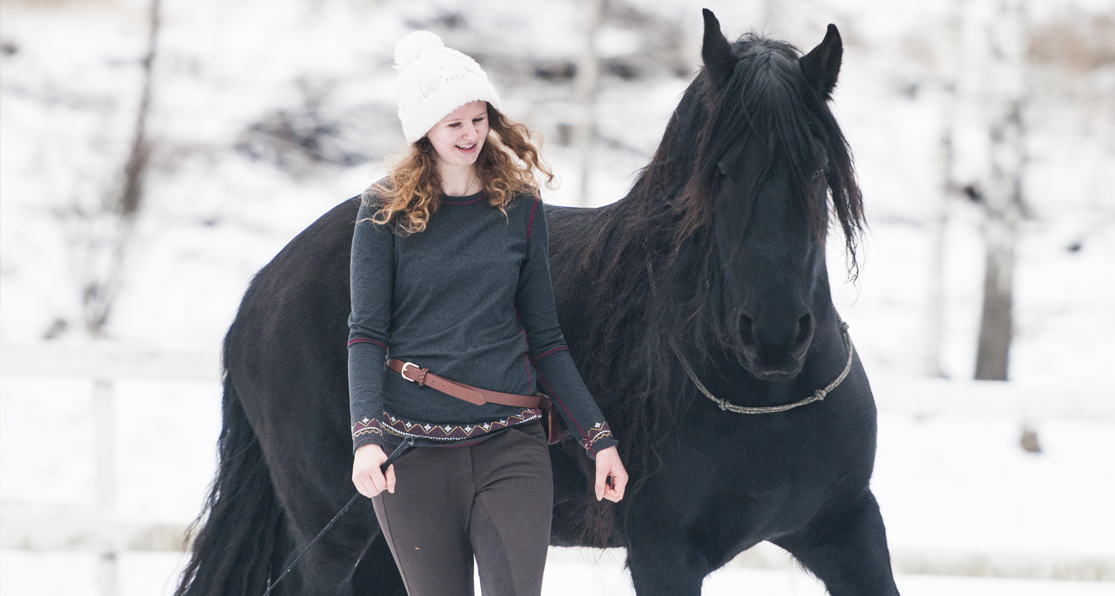 Having goals is a good thing, and because 2015 was filled with injuries and bad health for both Batman and me, I hope to come back stronger in 2016. I want to achieve so much this year, and I’m sure we won’t reach all of our goals, but hey. Aim for the moon, even if you miss, you’ll land among the stars, right?

Here is our New Year’s resolutions!

1. Ride more dressage, to get him stronger and more balanced in all gaits, especially canter
We have barely done any dressage this year and that’s really sad. In 2016 we will be working on getting his gaits more balanced, and get his collected canter back in business. 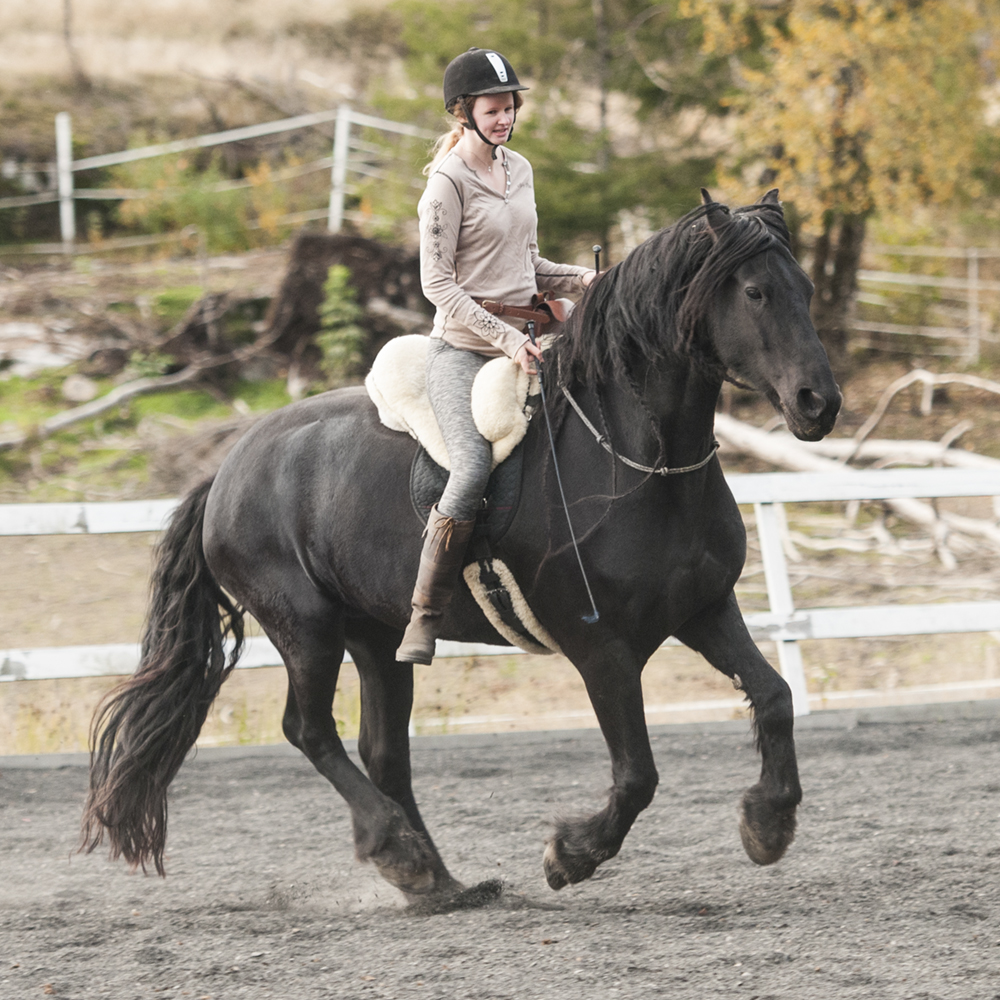 2. Ride more on longer hacks
We have barely done that in 2015 because his body and hooves has been struggling. Long hacks with lots of trot and canter and rough terrain, I miss that so much! 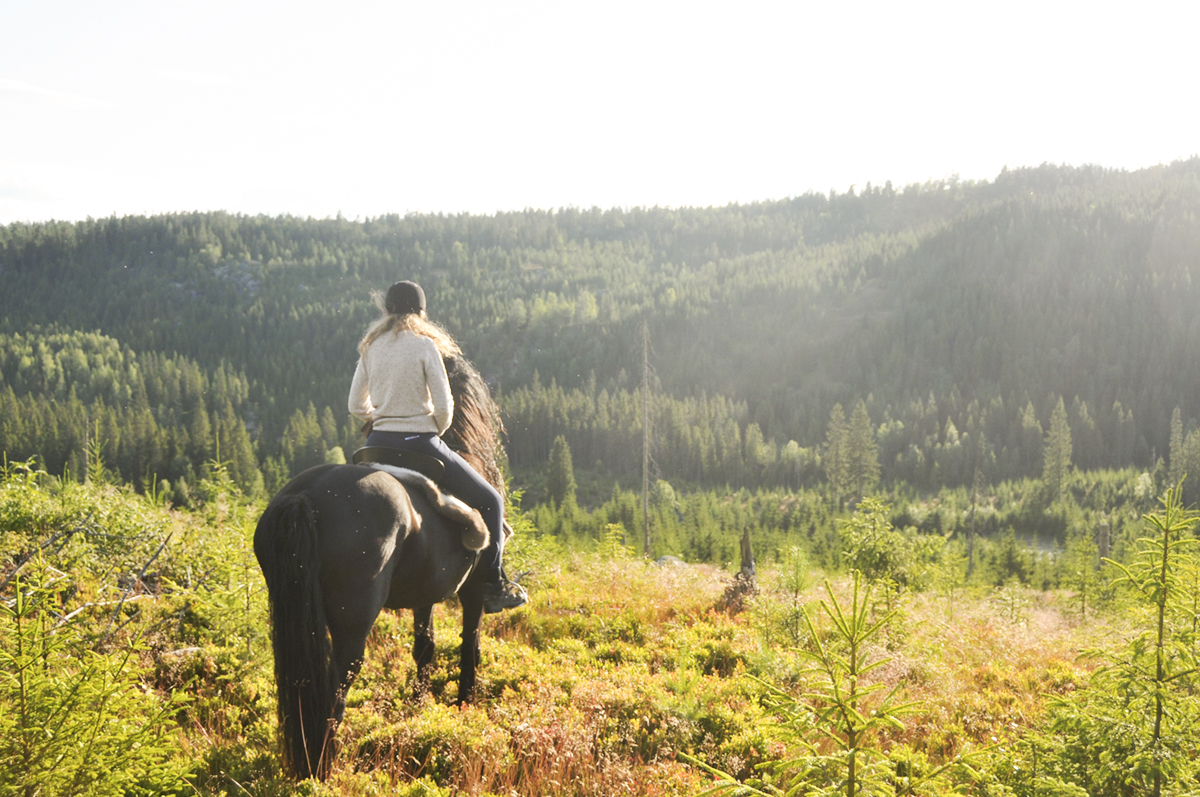 3. Start working with the collection in the riding, transfer the cues from the ground
Batman have had some good moments at liberty from the ground. I will transfer that to riding and can’t wait to see how it will turn out! 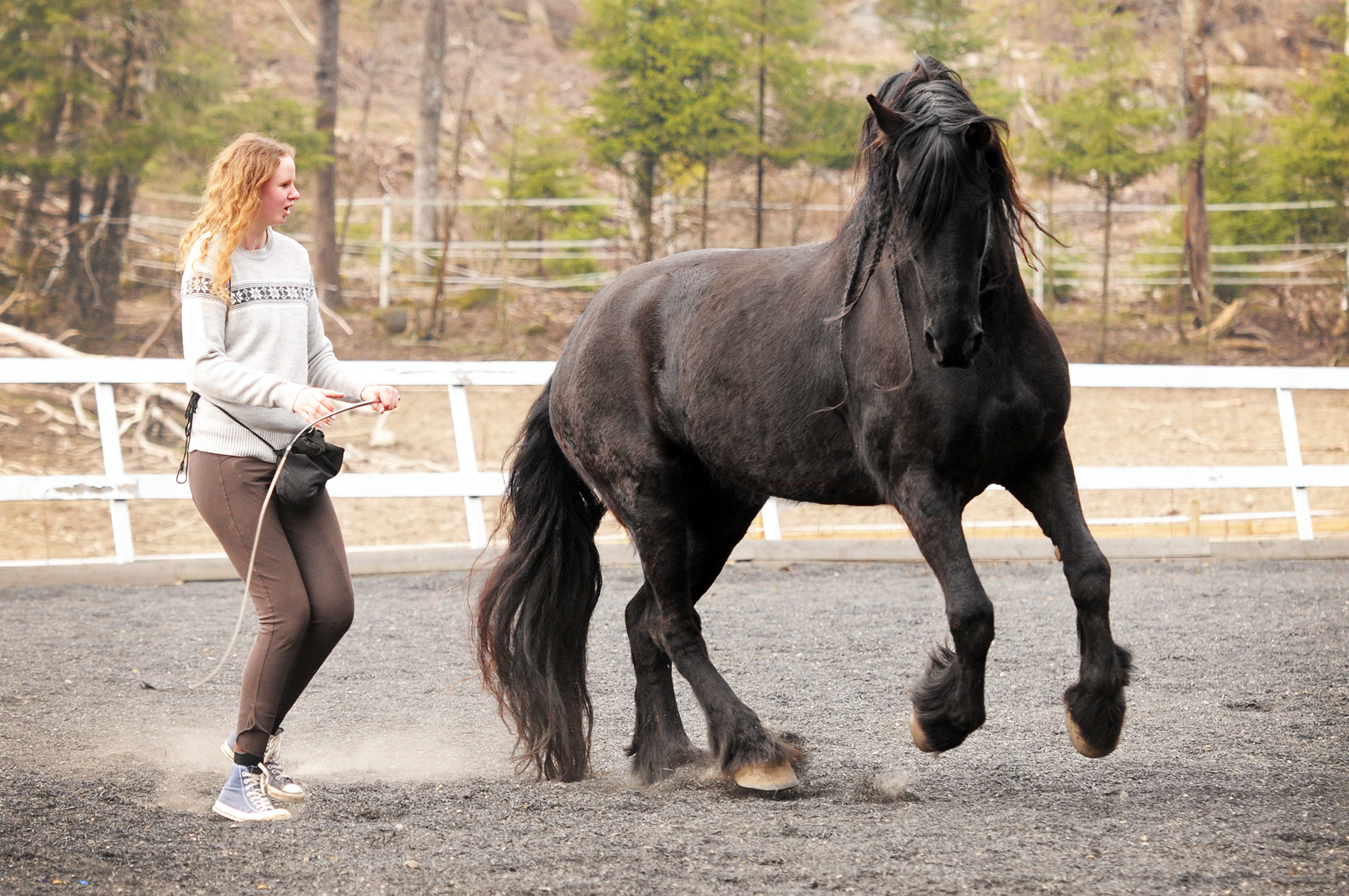 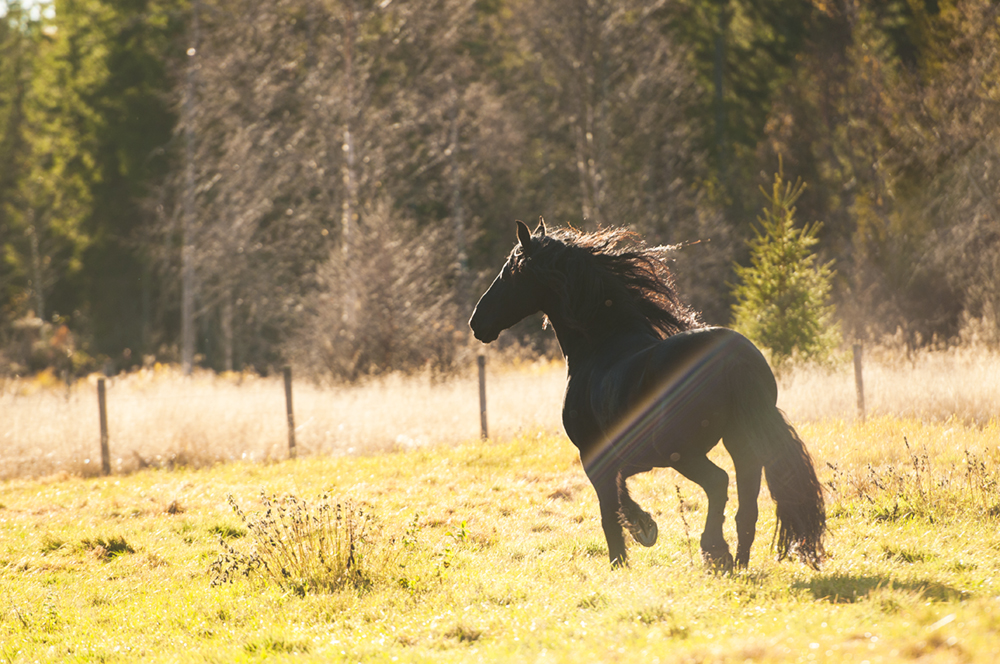 5. Have many more photoshoots
Photoshoots is such a fun thing and Batman has been better than ever when it comes to tricks and tackless riding the past year. I’m looking forward to many new and awesome photoshoots in 2016! This year we have had shoots with so many amazing photographers, Ada Vrolijk, Anette Augestad, Marthe Edvardsen and Minh Dan Vu, and next year we already have three other shoots planned with photographers from Norway, Sweden and Germany. 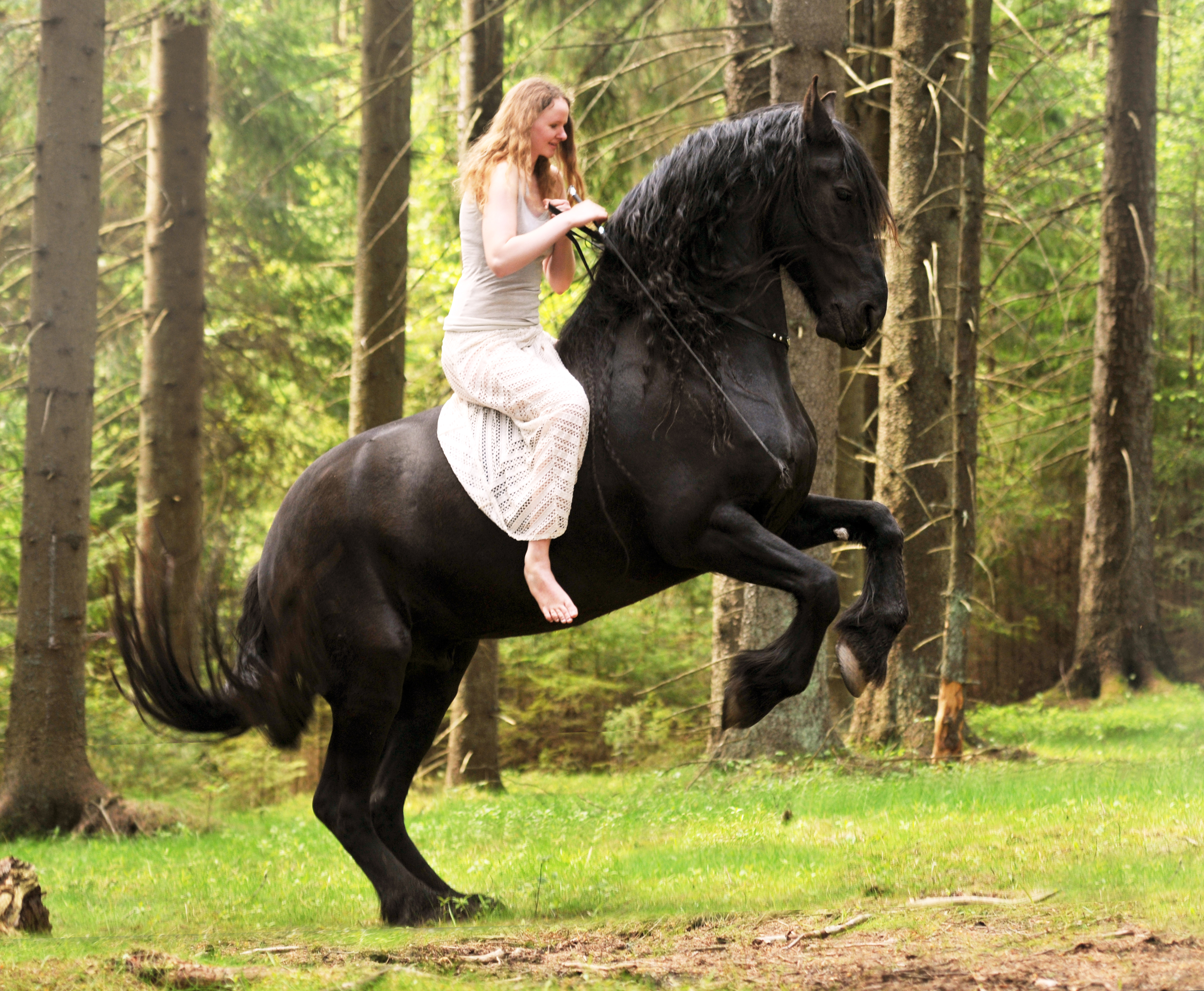 6. Get the rearing perfect, also in a cordeo
Batman can rear on cue both from the ground and with me on his back, but we still need more practice. My goal is to easiliy ask for a collected read bridleless, both with me on and from the ground. 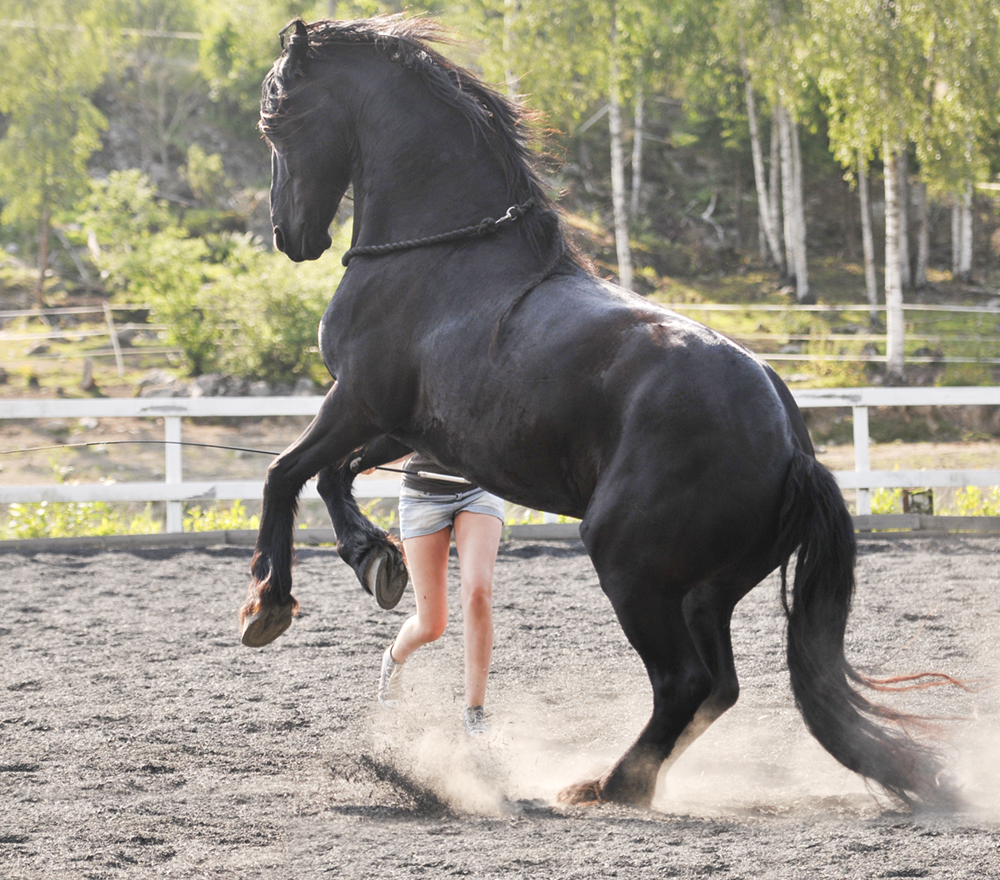 7. Develop his Spanish walk, and be able to walk at least four steps
Batman can do a perfect jambette with both frontlegs, and walk slowly forward while doing so, but he need lots of practise to get a good Spanish walk. Hopefully, 2016 will be the year of Spanish walk! 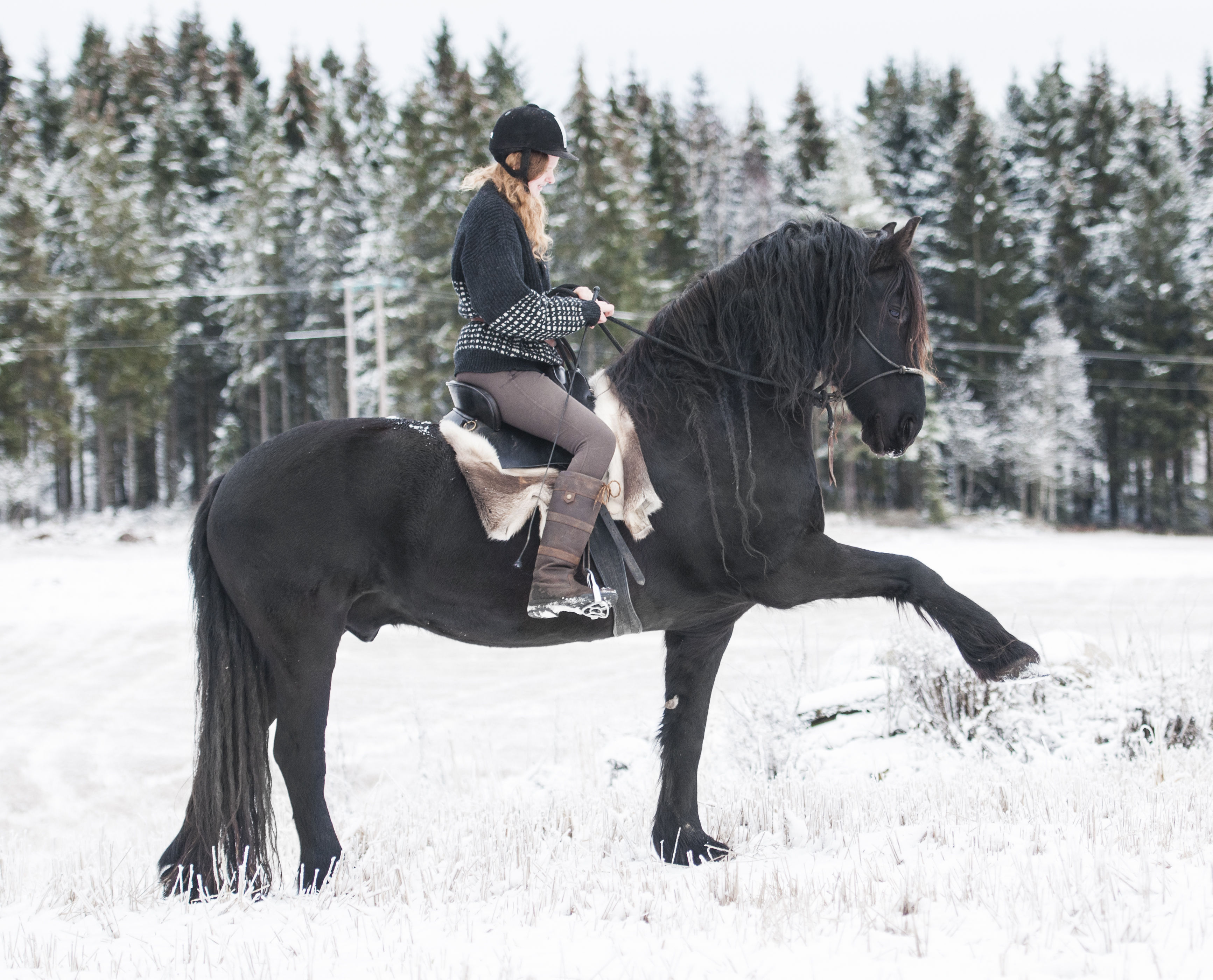 8. Practice archery a lot
We started doing archery in August, and I can shoot from his back bridleless in canter, it took us only two months. I’m looking forward to buy more arrows and shoot more in 2016! Don’t mess with us, haha! 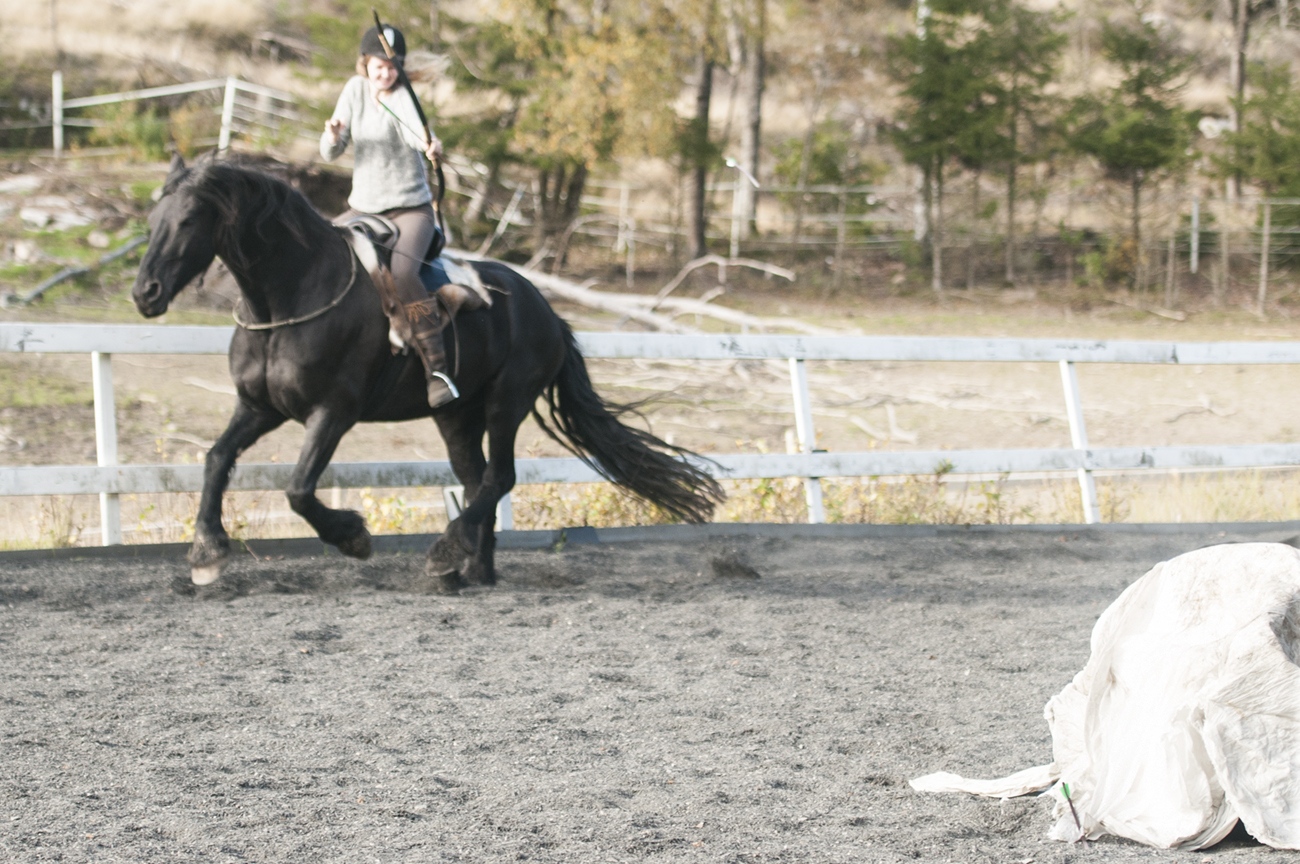 9. Become stronger and more balanced in my seat
I have lost some strenght the last year, I have not been riding that much, and I have also been struggling with the muscles in my back. I have been in pain the past year and it has been very hard, but I’m slowly getting a little better and can’t wait to ride more often! I need a strong seat to be able to ride Batman correctly. 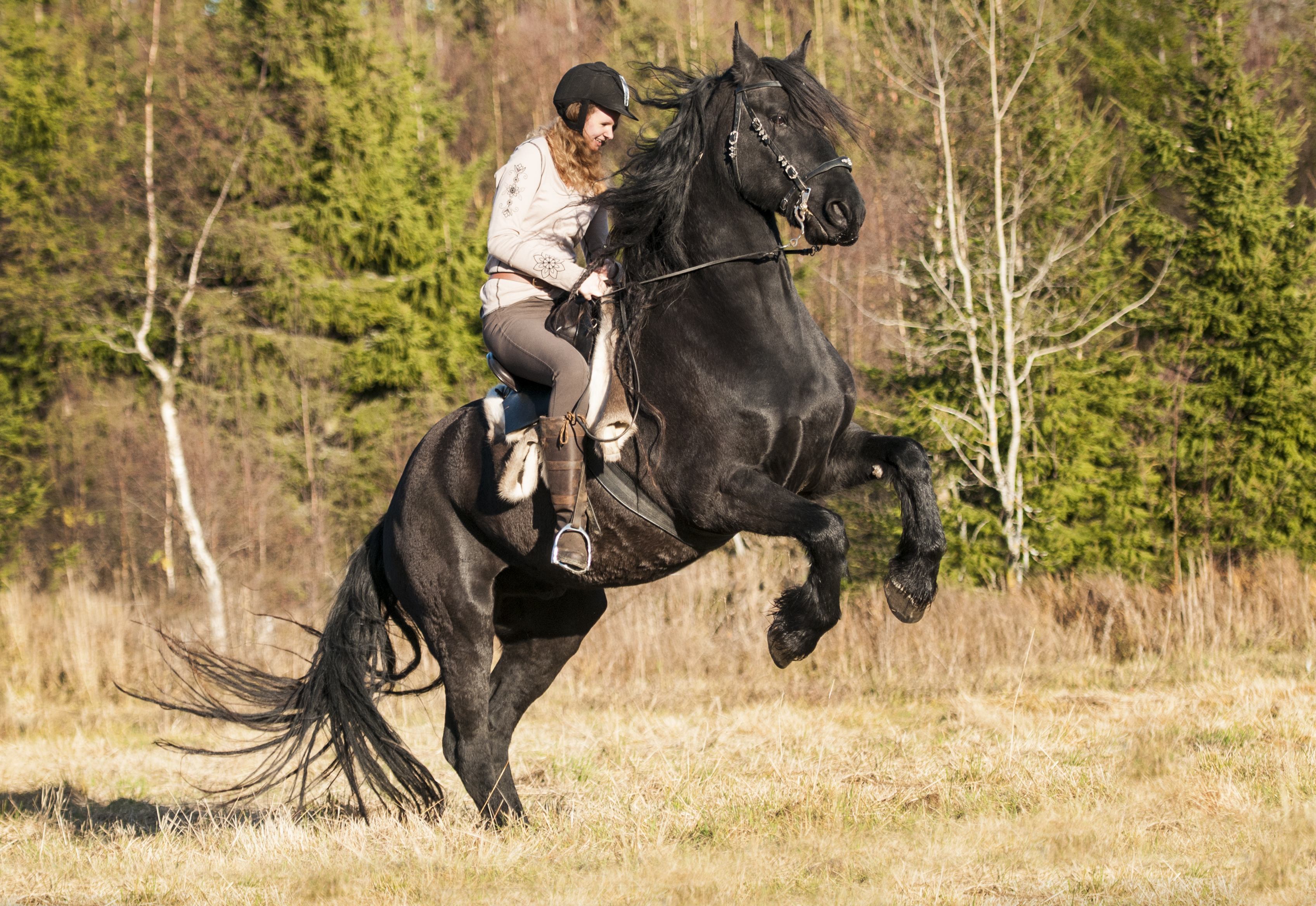 10. Get Batman more fit, with more muscle and in better condition
Batman needs more strength and better condition, so we will work hard in the spring to get him back in shape! 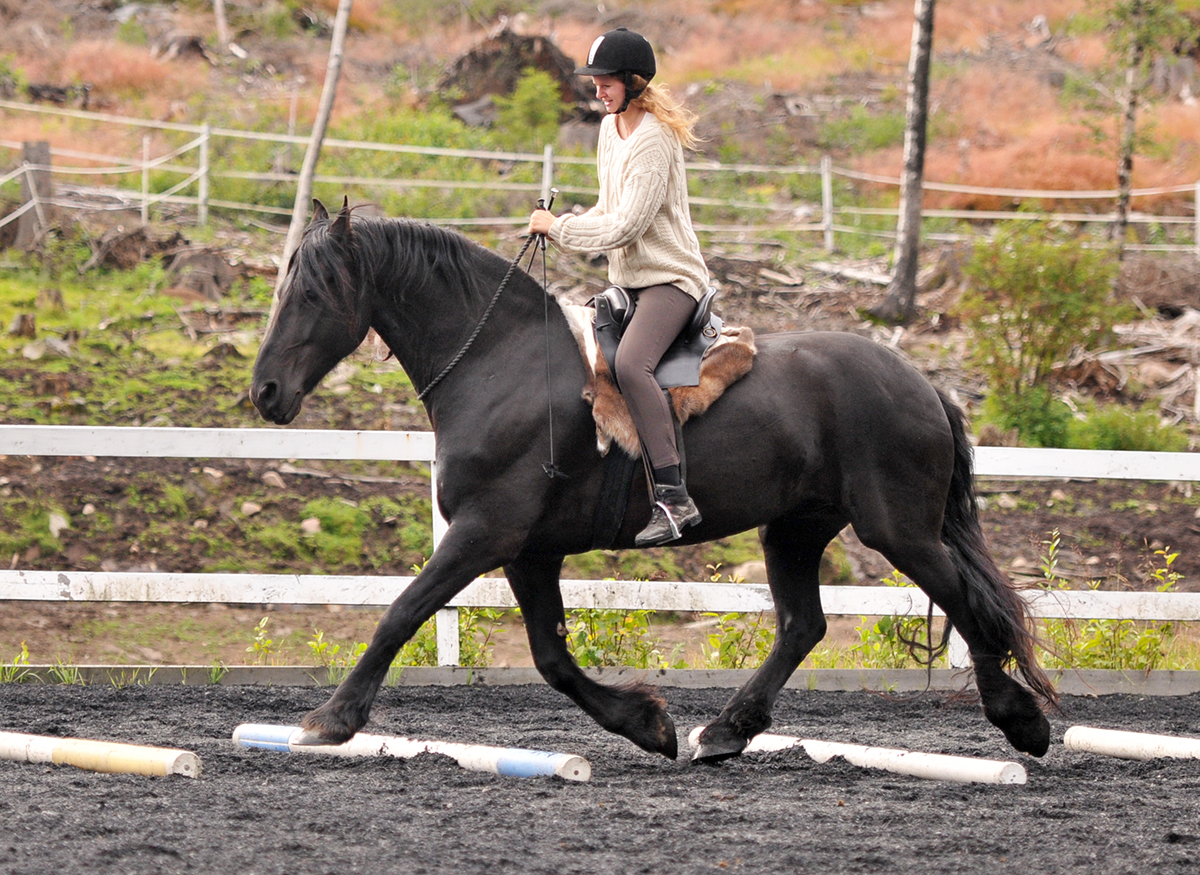 11. Jump more often
I used to jump a couple of times a month before, and I miss it! I must work with myself to get braver, and jumping is a good place to start. With me on his back, of course.. I fell of last autumn and god scared after that, I want to overcome the anxiety of falling again. 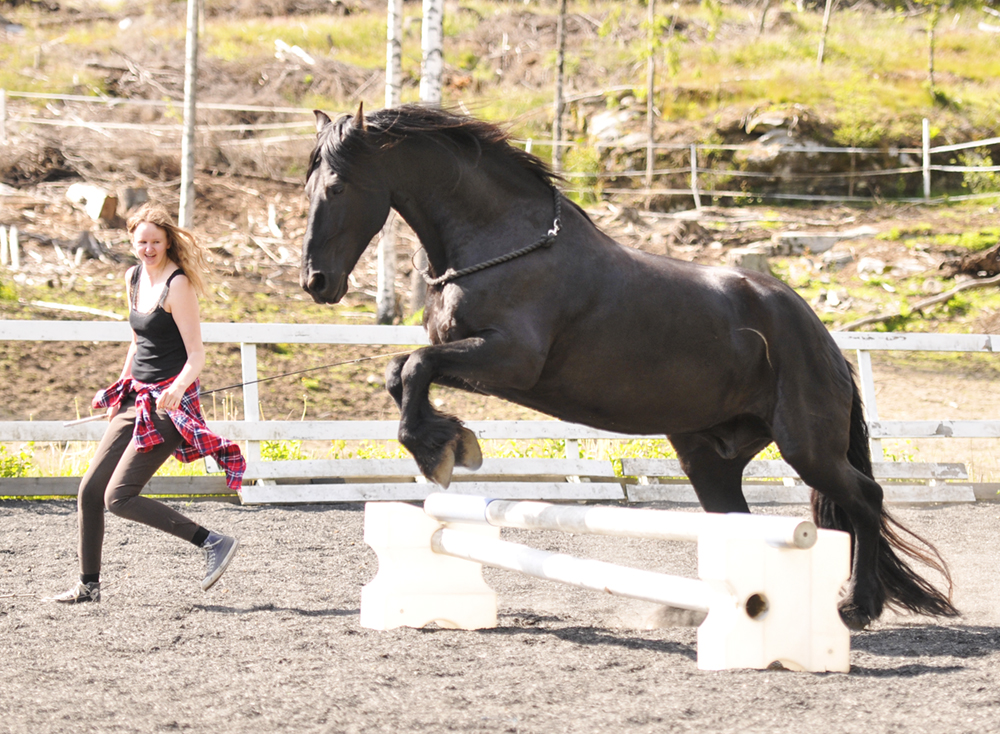 12. Accomplish three steps of piaffe from the ground
Batman’s piaffe attempts and the collection in trot in general is getting better every day. With some training, I think he will be able to do a few steps of piaffe by the end of 2016. 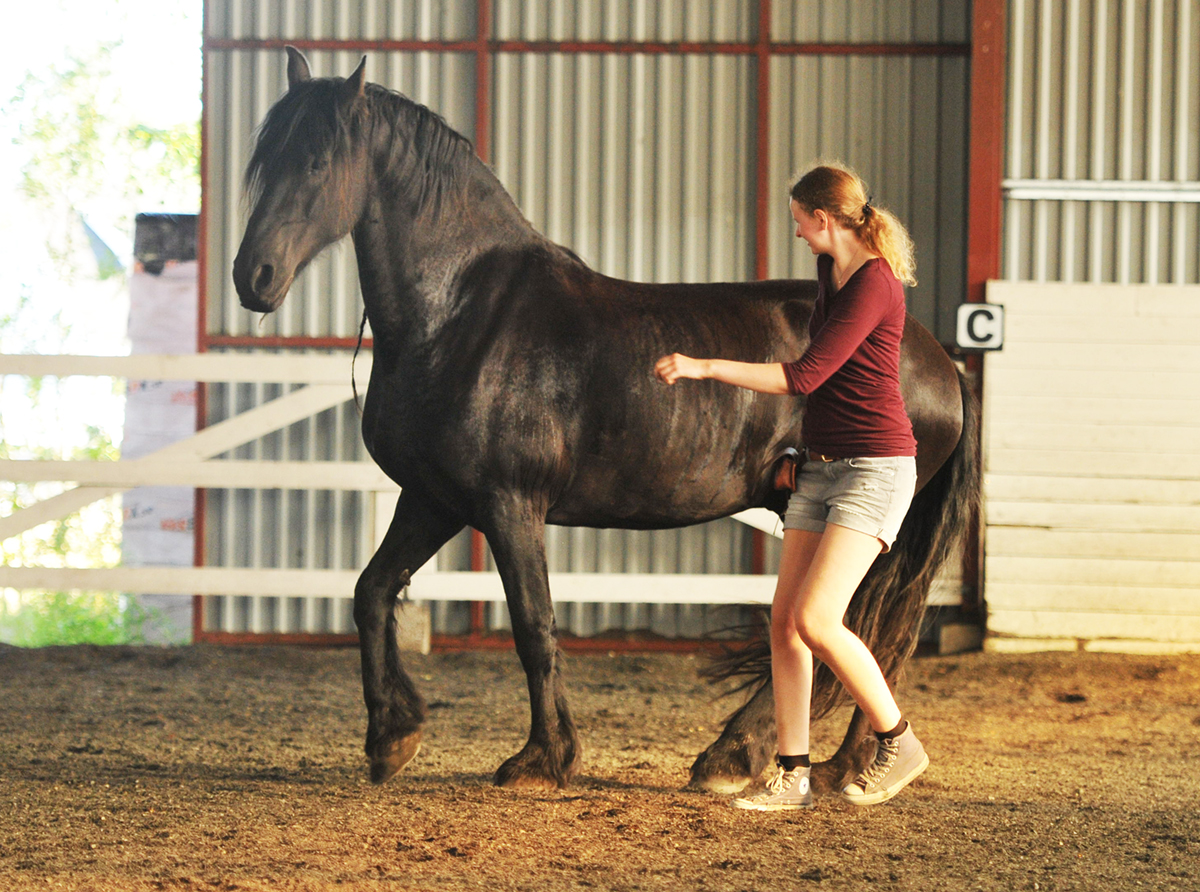 Do you have any new year’s resolutions for you and your horse? Comment below!

Just a drop of blood

Are you never afraid?

I am looking forward to see you guys making progress in 16! :)
I haven’t really thought about resolutions for Manoe but these 3 things came straight into my mind
– doing more dressage in hand because we both really like it and Manoe gets very strong from it
– training Manoe to do more hacks
– training Manoe his spanish trot so he will learn to lift his shoulders better

Well, I have two young horses that need everything. My first exercise will be to catch, halter and lead. We have worked on picking up feet and this has been a success with approval from our Farrier. Yay yay. I can’t wait to see your progress you truly inspire me. Thank you.

That are many Resolutions! I’ve been riding my New horse for only 2 months and she hadn’t had any Training for nearly a year so I want us to work on her muscle strength and get better at our dressage which is the only thing we did so far. Also we will Start jumping. And Most Import of all i want to get her lass scared outside. At the Moment she is offen scared when we’re outside but its getting better already :)